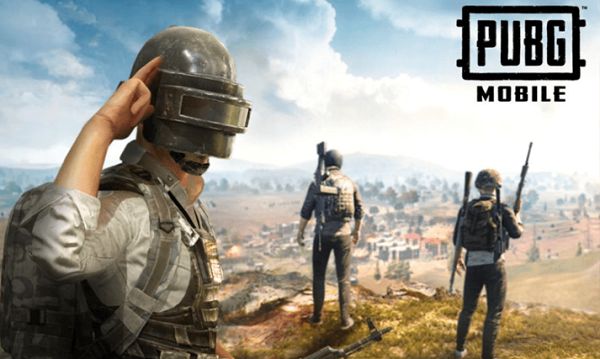 Mobile games are on the rise since 2015 and are estimated to grow by 600% in the next 10 years. The big gaming studios have noticed these trends over the years and started porting all their existing famous IPs for handheld devices. This trend caused a huge list of famous Battle Royale games to get ported for mobile devices. Let’s see some of the best Battle Royale games on Android and iOS mobile phones in 2023.

Apex Legends is one of the most successful Battle Royale Games on the PC & Console platform. The game is currently only in its beta testing phase but has already proved itself to represent itself in this left. Apex is very different from other battle royale games due to the different abilities each character possesses.

These abilities entirely decide the play style a player wishes to adopt in his or her games. If you pick a caustic or Wattson, you tend to camp a bit more than a player who picks Banglore or Octane. READ: Apex Legends Mobile Registration, Eligible Country & Mobile Requirements

The game is extremely fast-paced due to its low lobby account, which is around 60 players for each server & the squad mode in the apex is in a triad format rather than a 4 man squad. The game is set to release officially at the end of this year.

Battlelands Royale is a 2.5D battle Royale game that got released during the pandemic last year. The game has a very cartoonish appeal and is hilarious in various aspects. The game has a meager lobby count with 32 players per lobby and has two modes, solo & duo.

The game is very much inspired by the top-down shooter format like Hotline Miami &etc. The game usually takes around 5-7 minutes to get over, making it one of the shortest playtimes for a single game in the entire list.

Call of Duty is one of the most successful gaming franchises on the PC & console platform. The game was released in 2019 and had more than 500 million downloads on Android & IOS platforms.

The 100 players battle royale mode is enjoyable and has various modes like solo, duo & squad mode. The game features all the guns and weapons from its various PC game series like QQ9, GKS & KN-44.

The game is extremely beginner-friendly and has a learning curve that new players can adopt easily over time.

Free Fire is the highest downloaded battle royale game for the mobile platform. The game is developed by Singapore-based studios called Garena and is mainly market towards the Asian Audience.

The game rose to popularity mainly because of the in-game characters based on real-life celebrities like Christiano Ronaldo, DJ Alok, and Will Smith.

The game is very similar to apex legends in terms of various characters, and players can select a particular character that suits his / her playstyle. The game also has a huge Esports scene too.

The Free Fire World Championship worth 5 Million Dollars was just held last month. The main drawback of Free Fire is that it extremely pay to win as certain avatar Skins, Weapons & vehicles improve various factors inside the game.

Finishing off the list at Sporting free at the number 1 spot for the best Battle Royale games on Android and iOS phones is PUBG Mobile. The hugely hit PUBG was ported from PC to mobile in 2018. It was the highest downloaded game for the past two years before Free Fire overtook it.

The game features a 100 player lobby where the last person staying alive wins the game. It features various other modes like Solo & Duo apart from the usual squad. PUBG is always known for its realistic warzone simulation, and the same essence has been transferred to mobile.

The game has a vibrant Esports Scene all over the world with a world Championship held each year. PUBG Mobile is often credited for paving the path for Esports in the South Asian regions. The game is extremely fun if played with friends or alone. It currently has 5 Different maps which include Miramar, Erangel, Sanhok & verdansk.