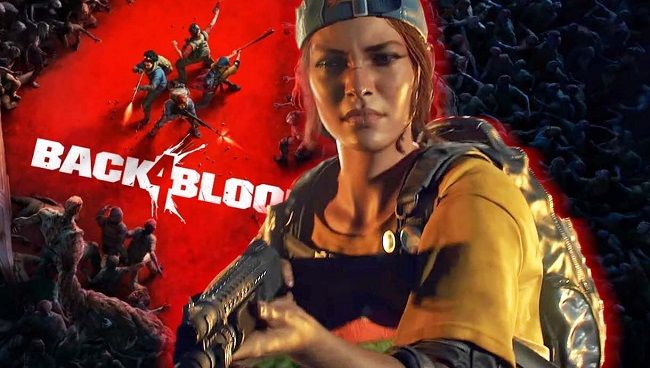 Back 4 Blood Release Date, Platforms, PS4, Features, Gameplay And All We Know

Left 4 Dead is one the most successful games in the co-op multiplayer genre. The game developers announced a new title called “Back 4 Blood” last year and conducted an alpha testing phase last year. At E3 2022, much information about the game was revealed, along with the Back 4 Blood release date.

Here’s everything you need to know about the Back 4 Blood, what platforms the game will release, crossplay, PS4, gameplay, trailer and other developmental updates.

What is Back 4 Blood?

Back 4 Blood is the latest game from the developers of the Left 4 Dead Franchise. The Game can be called a Spinoff or a separate stand-alone title when compared to the Left 4 Dead series. It is also a 4 person co-op style third-person action shooter game.

From the trailers, we can figure out that the game is set in a fictional world full of zombies, and with the help of our friends, we must protect and defend ourselves from the hoards of zombies. The game is very much similar to the Left 4 dead series in terms of gameplay and zombies.

What is Back 4 Dead Release Date?

Turtle Rock Studios earlier announced that the Back 4 Dead game would release around June 2022, but due to delay in production and the pandemic wave, the game further pushed to release back to the last quarter of 2022.

The latest update from turtle studios is that the game would release on October 12th, 2022, on PlayStation, Xbox & Microsoft windows.

During last year Alpha release, a small cinematic trailer was released, which showed that the game would release around June 2022. Still, at the current E3 2022, it was stated that the would-be further pushed back, and various features of the game were also unveiled along with the official trailer.

This trailer is also a cinematic one, along with some in-game footages which shows the various game modes, features and zombie hordes. The trailer pretty much resembles the old left 4 dead games as the concepts are pretty much similar to it.

What features will Back 4 Blood have?

Though the Back 4 Blood game looks very much similar to the previous game series from the developer’s Turtle rock studios, it has many unique features.

The Multiplayer mode or the CO-OP mode of the game has a Cross-Platform feature that enables players to come together and play irrespective of the platform on which they own the game.

Back 4 Blood features a “Card System” in its core play, bringing an RPG Style gameplay element. The card system is a tier-based system in which you have to upgrade the cards of your choice using points obtained from playing the game. A player can have a total deck of 15 cards, and these cards have stats attached to them which defines the overall playstyle a player wishes to adopt. Some cards may allow faster healing, decrease reload time & various such features.

The developers of the game have promised a story-rich universe along with the usual CO-OP element. This game is set in a different universe when compared with the Left 4 Dead games. It also features different styles of zombies apart from the usual ones.

Apart from its story mode, the game also features a PVP mode that is different from other zombie games. The game mode will feature two halves where the first team would play as the real human beings in the first half defending their base, and the other team would play as zombies trying to rampage their base and vice versa.

Back 4 Dead Alpha and Beta

Last year the alpha testing of the game was made public and many participated in the alpha phase which includes famous streamers like Shroud, itztimmy & Bnans. The alpha stage lasted for a period of 4 days from December 17th to 21st December.

At E3 2022 the developers promised that the game would come back for a short period of time in August for Beta testing before its official release later this year.

The game’s Beta testing would kick start around August 12th and will go on till August 16th of 2022. Players can sign up for beta testing by registering on their official website. Click here to register for beta testing Back 4 Blood.

On What Platforms will Back 4 Blood release?

Back 4 Blood will release on the following platforms as listed below .

Back 4 Blood this time around will feature Cross-Platform capabilities so you can buy the game on any platform of your choice and still can play with your friends from other platforms.