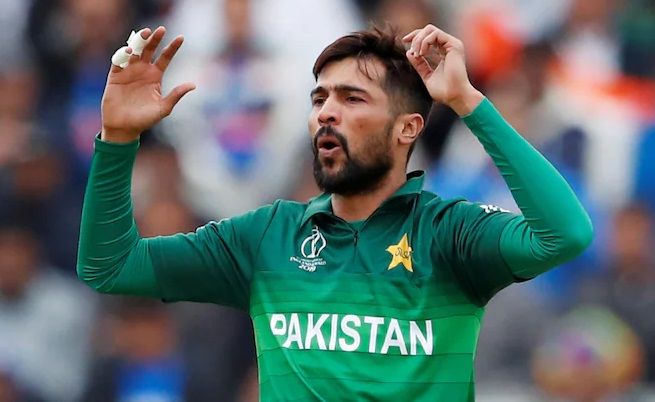 Will Mohammed Amir Play in the IPL?

Mohammed Amir is an international cricketer who played for Pakistan. Ever since his international cricket debut for Pakistan in 2009, the fast bowler’s career has been shaken with controversies. Amir is in the spotlight once again as the news of the 28-year-old applying for British citizenship spread all over. He took this decision of switching nationalities one year after he announced his retirement from Pakistan Cricket. Now the biggest question among the cricket fans is whether Mohammed Amir will play in the IPL?

Mohammed Amir has recently applied for a British citizenship as he hopes to kickstart his cricketing career once again somewhere else. He announced retirement from all forms of cricket in December 2022.

He cited mental torture and bad treatment from the Pakistan Cricket Board as the main reason for this decision. Amir was found guilty in a spot fixing scandal in 2010 and was banned for five years.

Since returning in 2015, Amir complained about poor behaviour and reckless towards him by the Pakistani team and openly criticized the team management including Misbah ul Haq and Waqar Younis

Will Mohammad Amir play in the IPL?

Amir is married to a British national citizen which makes the bowler eligible to gain citizenship. If his citizenship is approved, Amir will no longer be a Pakistani anymore and can feature for any franchise according to rules.

This means that once Amir becomes a British citizen he can legally play in the Indian Premier League. This would not have been possible if he had continued playing for Pakistan as Pakistani players are prohibited from playing IPL.

If he gets to play in the IPL, Amir will be the second ex-Pakistani player to play IPL after Azhar Mahmood. Mahmood gained British citizenship after which he played for Kings XI Punjab in 2012.

Amir can follow his footsteps and play in the most famous franchise cricket tournament in the world. As of now, we’ll have to wait for future developments to see if he plays in IPL.

Mohammed Amir had a bright and promising start to his career at Pakistan. He made his international debut at a young age of 17. He played 36 Test Matches picking up 119 wickets, 61 ODIs picking up 81 wickets and 50 T20Is taking 59 wickets for Pakistan.

If he had stayed away from scandals and controversy, Amir would have become a spearhead of Pakistan’s bowling attack and broken many records for them.