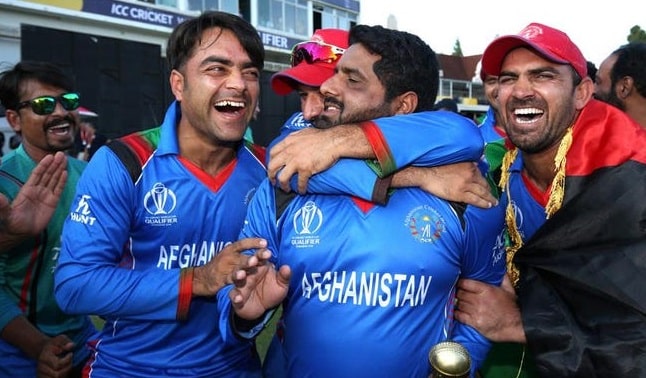 Will Afghanistan play in the ICC T20I World Cup 2022 after the Taliban take over? The seventh edition of ICC’s prestigious T20I tournament, the T20 world cup, is set to take place from 17 October to 14 November 2022. Afghanistan is one of the sixteen teams that have secured qualifications for the tournament and will participate in it.

ICC released the schedule for the T20 World Cup on 16 August, and Afghanistan was drawn into the Super 12 stage of the tournament. This decision from ICC came at the backdrop of the tragic turn of events in Afghanistan. It raised eyebrows over Afghanistan’s participation in the tournament considering the shocking turn of events that have shaken the country in the last few weeks.

The Afghanistan Cricket Board(ACB) released a statement yesterday stating that despite the situation in the country, the Afghani Cricket Team will carry on their preparations for the tournament and participate in the tournament. Here’s what ACB’s media manager said to ANI

“Yes, we’ll play within the T20 World Cup,” “Preparations are ongoing, and available players will report to Kabul for training in the coming days.

What is happening in Afghanistan?

Afghanistan is suffering a major catastrophe as the country is witnessing political turmoil. The militant organization Taliban has taken over the reins of Afghanistan, causing havoc in the entire nation. The people of Afghanistan have nowhere to go and are trying their best to flee away.

The life and safety of the Afghani people are now in danger as the Taliban takes control of the entire nation. Even though the cricket board has stated that the team will participate in the tournament, it would be harsh on the players who take the pitch.

Focusing on the game while the nation undergoes bereavement and the constant worry about the safety of the family and friends back home will definitely take a toll on the players.

Renowned faces of Afghanistan cricket like Rashid Khan and Mohammed Nabi are taking to social media to carry out their plea for help. They will continue playing for Sunrisers when the rescheduled IPL resumes in September.