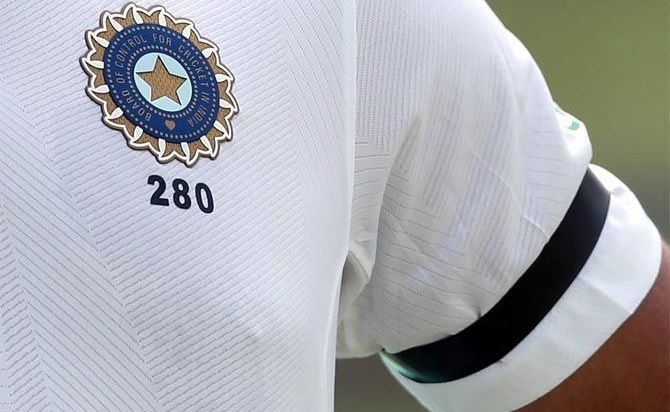 Why do Cricket players wear black armbands in the match?

The real reason behind the cricket players wear black armbands in the match is, it is the mark of respect. When some unexpected event happened, causing mass fatalities or renowned personality dies, the cricket team wear a black armband as a token of respect and showing their support to the people affected by the adversity.

Why India Are Wearing Black Armbands In The WTC Final

The Indian team, which reached the inaugural finals of ICC World Test Championship 2022, wore the black armband when they entered the field on the second day of the test (1st day was cancelled due to rain). The black armband was worn in respect of one of the greatest athletes Milkha Singh succumbed to Covid-19 lately.

Famously known as Flying Sikh, Milkha Singh lost his wife and former Indian Volleyball Team captain due to Covid-19 only. Milkha Singh was 91 years old. He was initially hospitalized in Fortis Hospital but later shifted to PGIMER (Chandigarh), where he took his last breath.

Singh left behind three daughters and a son. Bollywood blockbuster “ Bhaag Milkha Bhaag ” was based on his life. Faran Akhtar played the Milkha Singh role on screen. The movie was released in 2013 and got appreciation from every part of the world.

Indian Cricket Team captain Virat Kohli posted his condolences to the Milkha Singh family. He shared a photo of him greeting Milkha Singh on Instagram. Kohli wrote, “ A legacy that inspired a whole nation to aim for excellence. To never give up and chase your dreams. Rest in Peace #MilkhaSingh Ji. You will never be forgotten ”.

Talking about the game, the fourth day of the match was abandoned due to heavy rain. India scored 217 in the first innings. In return, New Zealand is 101/2. If the match is drawn, then both India and New Zealand will be declared joint winners.