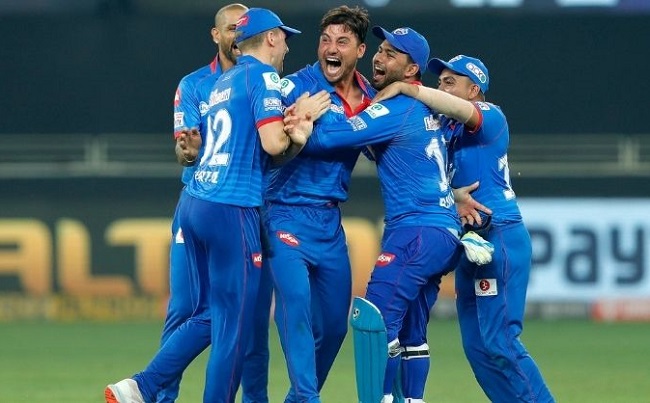 Who is the Owner of DC? How Much Do Delhi Capitals Earn From IPL?

IPL is the biggest T20 league in the world. It is also the most cash studded league in the world. IPL isn’t just limited to mega players but also mega-famous owners such as Mukesh Ambani, Shahrukh Khan, Preity Zinta. But there are other teams owners of whom we aren’t aware. This article is dedicated to the debutant finalist of IPL, the Delhi Capitals. Do you know who is the owner of Delhi Capitals? How much does DC earn from IPL?

Who is the Owner of DC?

GMR Group is an infrastructural company headquartered in New Delhi. The company was founded in 1978 by Grandhi Mallikarjuna Rao. GMR has a strong influence in sports as they own the Indian Premier League (IPL) cricket team – Delhi Capitals and Pro-Kabaddi League UP-Yodha.

JSW Group is one of the biggest cement manufacturing conglomerate in India. JSW Group’s managing director is Parth Jindal, who also looks after Delhi Capitals and is the CEO of Bengaluru FC.

History Of Delhi Capitals And Their Ownership

GMR Group purchased the IPL franchise, Delhi Daredevils in 2008 for $84 million, making it the fourth most expensive IPL team to be bought at the time after Mumbai Indians ($111.9 million), Royal Challengers Bangalore ($111.9 million) and Chennai Super Kings ($91 million). They owned 100% stakes in the team from 2008 till 2018.

In 2018, GMR Group sold 50% stakes to JSW Group, making them the co-owners of the team, It was in the very same year that both the boards decided to change the name of team from Delhi Daredevils to Delhi Captials.

Speaking about the idea behind changing the team’s name, co-owner and chairman Parth Jindal said, “Delhi is the power center of the country, it is the capital, therefore the name Delhi Capitals.

How Much Do Delhi Capitals Earn From IPL?

Delhi Capitals’ brand value is estimated to be around US$49 million (₹374 crores) after IPL 2019. Talking about 2022 IPL, Delhi Capitals made it to the finals for the very first time and the owners made a handy Rs 12.5 crores from it.

However, the different sources or channels through which the owners earn their revenue is as follows.

Sadly since the matches were played behind closed doors, gate revenues couldn’t be generated.