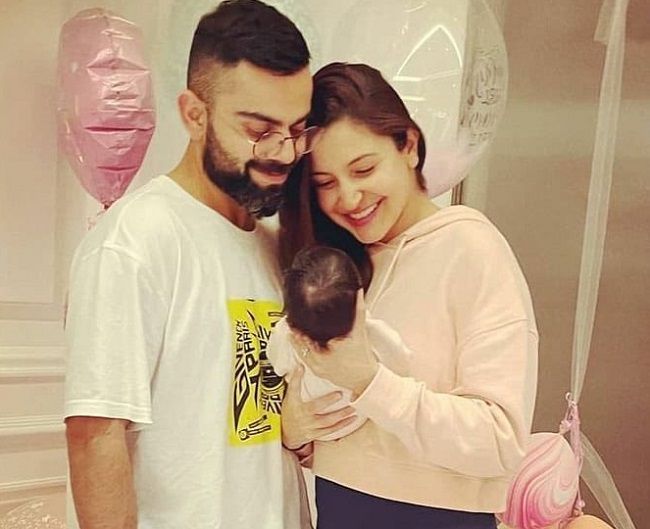 Who is Virat Kohli’s Daughter? All We Know About Virushka Kid, Vamika

Kohli is regarded as one of the world’s top batsman and now leads the Indian national cricket team while his wife, Anushka is a top actress in the Bollywood film industry. In January 2022, Anushka Sharma and Virat Kohli welcome their daughter Vamika. At present, Kohli’s daughter is just four months old.

The legendary cricketer has been married to an actress for three years. The couple originally met on the set of a television commercial wherein they starred alongside. Although it was not loved for the pair at first sight, after the shooting they still were bonded. The pair soon began hanging out together.

Like others, the connection between Anushka and Virat was not kept secret. In 2014, the actress remarked, “They hide nothing and are simply two ordinary individuals in a relationship.” In November 2014, when they were sighted in an Indian Super League football game in Pune, the pair made their first public appearance together.

In all of these good moments, the rumour was to hear the reported breakup of Virat and Anushka in 2016. The pair apparently had unfollowed each other on Instagram and had quit their public appearances. They supposedly realised that they could not be without each other, and they got back together.

On December 11, 2017, in a dream exotic wedding in Tuscany, Italy. Anushka and Virat stunned everyone by getting married in private from public eyes.

What is Virat Kohli’s Daughter Name?

After few years of marriage, Anushka gave birth to the couple’s first child at the Breach Candy Hospital in Mumbai. The first kid, a daughter was welcomed by Anushka Sharma and Virat Kohli on January 11 to become the family of three. The pair claimed to get more security after they became parents at the Mumbai hospital. The couple popular called Virushka named their daughter Vamika.

The name ‘Vamika’ is an another name for Hindu Goddess Durga.

Virat claimed that the life of the couple has altered ‘drastically’ in a special interview as part of the ongoing IPL.

He stated that the relationship between them and her daughter, Vamika is different from anything they’ve ever seen before.

Things change quite drastically. Everything you have been used to changes. You have to be totally aligned with taking care of another life that’s totally dependent on the mother primarily, but also dependent on the father. Both parents taking care of the child is a different environment altogether and something that we both (Anushka and him) have enjoyed thoroughly.