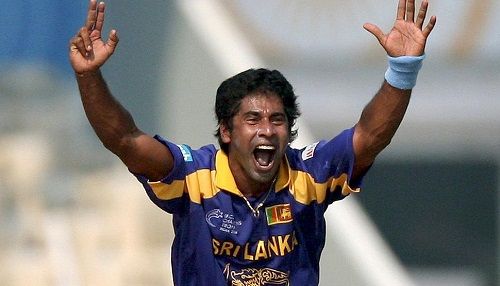 Cricket has the long history of records which have been created by many greats of the game over the years across the formats. From the batting record of Bradman test average (99.94) to Jim Laker (19 wickets in a test match), Muthiah Muralitharan (1347 international wickets) to Wilfred Rhodes most first-class wickets (4204). Today, we will discuss the 10 unbreakable records in cricket history.

Many surreal records like these have been formed by the batsman and bowlers. Although, “records are made to be broken” but not in every case as there are some records in cricket which will either remain intact or will take monumental patience and dedication to surpass it.

Who can forget the Australia 16 consecutive test matches victories to Brian Lara 400* in the single innings of a match to most the double hundreds in test cricket by Sir Don Bradman (12) to fastest ODI hundred by AB De Villiers.

Let’s us take a look at top 10 unbeatable cricket records which will either remain intact even in the near future too.

Let us start this list with the record with hardly anyone don’t remember. Don Bradman test average (99.94) in 52 tests, Bradman featured in and scored 6996 runs which also included 29 centuries and 13 half-centuries.

This record was formed in 1948 and still intact, looking at this record it will remain the same as it is absurd to think that any batsman can beat this record ever.

19 wickets in the test match it look at fast no right but to be honest it is true. Not every everyone heard the name of Jim Laker (right-arm off break bowler from England). Most of cricket fans knows about Anil Kumble 10 wickets in the match against Pakistan.

But way before Jim Laker was the first-ever bowler to took 10-wickets in an innings. While the made his record complete unbreakable, Jim Laker took 9-wickets first innings of Australia and in the second innings took the all 10-wickets to created the unparallel record of 19 wickets in the match.

One of the unbeatable cricket records was created in 1913-14 against South Africa during the last test series of former England bowler Sydney Barnes. The other bowlers who came close to record were Jim Laker 45 wickets and Shane Warne 40 wickets. But no other bowler so far has come close this feat achieved by Sydney Barnes.

Even in the future it look absurd to think a bowler would surpass these numbers ever.

This record deserves the place in this list of top 10 unbreakable records in cricket history without a doubt. One of the greatest cricket batsmen, Brian Lara cricket career has the phenomenal like no other with many records under his feathers. Lara is the only batsman to hold the record of every century in test cricket (hundred, double hundred, triple hundred and Quadruple century).

Lara has the previous best score of 375 which was surpassed by Mathew Hayden to score 380 runs (the then highest ever score by any batsman in test cricket history).

Lara within the span of few time broke this record of Mathew Hayden to create the new unbeatable record of 400* against England. As far modern day cricket concern, it’s difficult to imagine a player can play such long hours of innings.

2 innings (333, 123) and 456 runs by single player it look surreal completely. But former England batsman Graham Gooch holds the record of 456 runs against India. As far the history of cricket, Brain Lara did came with his individual innings of 400* but still couldn’t able to surpass it.

The batsman of the modern-day cricket doesn’t like to play such amount of innings to overcome this feat.

Another record of great don Bradman deserve the place in this list of top 10 unbreakable records in cricket history was his tally of 974 runs in 5 test match series. 7 innings, 5 test matches – it is impossible to believe that a batsman would surpass this feat ever.

Bradman had scored 974 runs against England in 1930. In this test series, Australia was trailing by 1-0 but Bradman had changed everything by the end of the series and helped Australia to win the test series by 2-1.

Another unbeatable cricket record which is very difficult to surpass it or even go close to it. The former Sri Lanka off-spinner holds the record of most wickets in the international cricket. 800 test wickets, 534 ODI wickets and 13 T20l wickets.

The next close to the tally of Muttiah Muralitharan international wickets is greatest bowler Shane Warne. Apart from him, no other bowler is near to this record.

Australia repeat this feat under the two captains, Steve Waugh (1999-2001) and Ricky Ponting (2005-2008). 16 test matches victories who will be that team to break this record of Australia team. It’s hard to believe and imagine a team would do this ever.

This record deserves the place in this list of top 10 unbreakable records in cricket history. Although there are other bowlers who have more wickets than Wasim Akram 502 ODI wickets. But who will be that left-arm fast bowler to surpass this record of Sultan of Swing Wasim Akram in the batsman-friendly era?

In the Sri Lanka Cricket history, Vass is the best left-arm fast bowler (in terms of wicket-taking abilities across the formats). Apart from that, Vass holds one record of best ODI bowling figures of 8 wickets for 19 runs against Zimbabwe in 2001.

Who will be the bowler to take 9 wickets in the ODI game to surpass this record.

Do you think any of these unbreakable cricket records can be broke by our modern cricketers? comment down below.