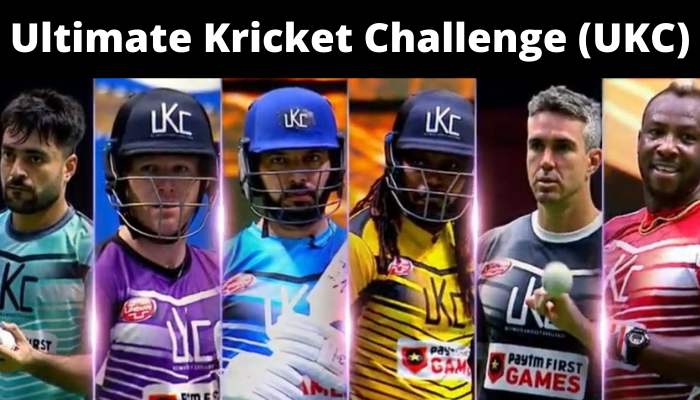 Cricket was originated in the 16th Century and the sport has evolved ever since. It has seen the evolution of formats, as It started with Tests, then came the ODI, then the format went much shorter with the inception of T20 and the T10. Now the format is all set to get shorter with the Ultimate Kricket League.

Ultimate Kricket League is all set to start from 24th December and will go on till 1st January 2022. The event will be broadcasted by Star Sports in India at 9:30 pm. Follow this guide to know every piece of information about the Ultimate Kricket Challenge 2022, its format, UKC schedule, players, and UKC live stream details.

Here’s the full fixtures and UKC Schedule with dates and venues.

The brand new format won’t have teams instead it will have individual players facing each other. Yes, you read that right in UKC 2 mega players will clash against each other in a match. The format is a 30 ball competition which consists of 4 innings of 15-balls each in every match.

A UKC Contender, also termed Gladiator, can bowl a minimum of 8 balls per innings, while a sub player – an ‘Ace’ – can bowl a maximum of 7 balls per innings. The contender with more runs at the end of each match will be the winner, and 2 points will be awarded for each win in the league stage.

Each player will be given a wicketkeeper and a fielder and the match will be played inside a dome. The dome will be divided into 6 zones, and each zone has different scoring systems. The list of zones is as follows.

There will be 2 bullseye boards in 2 zones and if a batter, who hits the Bullseye (behind the bowler) scores 12 runs, gains an extra ball to play. Bullseye on the square of wickets will get the batter 4 runs and every time a batter gets out; 5 runs will be deducted from the total. Scoring is divided into 6 scoring zones.

How To Watch UKC Live Stream In India

Star Sports will Broadcast Ultimate Kricket Challenge Live in India every night at 9:30 pm. The UKC live streaming matches can also be watched at Disney+Hotstar.

The broadcast will be available in five languages: English, Hindi, Tamil, Telugu, and Kannada. The broadcasting information for other countries haven’t been released yet.