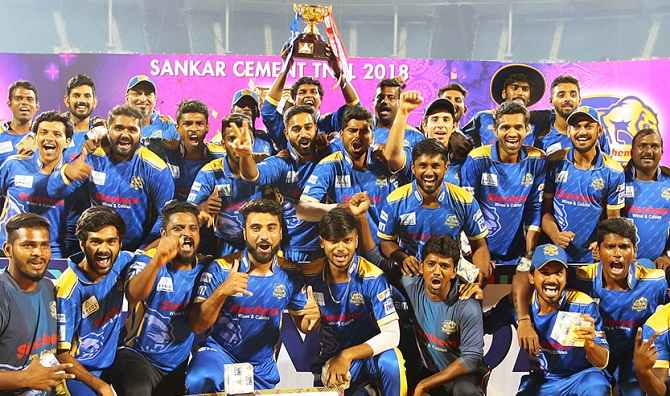 TNPL Winners and Runners List of All Seasons (TNPL Past Champions)

The fourth season of the Tamil Nadu Premier League (TNPL 2019) is scheduled to start on July 19 and will conclude on August 18. The popular South Indian state domestic Twenty20 league to feature eight teams who will battle it out to win the title. Here are the TNPL Winners and Runners List of All Seasons since its inception in 2016. There 8 teams which take part in this event every year. They are :

In 2016, TUTI Patriots won the final match by defeating Chepauk Super Gillies by 122 runs and became the first team to lift the tropy. Narayan Jagadeeshan of Dindigul Dragons was awarded Player of the Series. He was the leading run scorer of the inaugural edition of the Tamil Nadu Premier League. Anthony Dhas of Chepauk Super Gillies was highest wicket taker of the season.

All the final matches of the previous 3 seasons were held at the M.A. Chidambaram Stadium, Chennai.