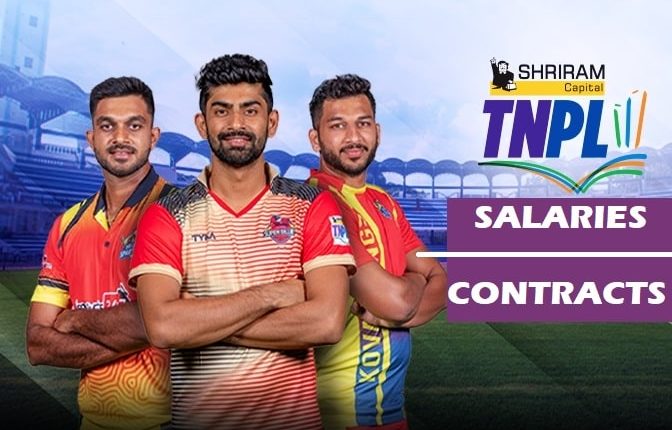 Tamil Nadu Premier League is a regional professional cricket league of India. TNPL conducts domestic Twenty20 matches in the state of Tamil Nadu. The 2022 TNPL is the fifth tournament edition and is in action from 19 July to 15 August 2022. The Tamil Nadu Cricket Association confirmed that the TNPL 2022 players salaries are based on their contract signed after the draft.

The league was established in 2016 and had been functioning since then. Since its inception, the Tamil Nadu Premier League has featured some of the greatest Indian cricketers who hail from the state. On 16 August 2016, the first edition was inaugurated by the former captain of India and present Chennai Super Kings captain, MS Dhoni, in Chennai.

The inaugural season of TNPL featured popular players like Ravichandran Ashwin, Murali Vijay, Dinesh Karthik and Lakshmipathy Balaji. It also featured players registered with the state association. Robin Singh and Michael Bevan were the marquee coaches. Matthew Hayden was the brand ambassador of the league.

The TNPL players draft takes place months before the tournament begins. Participating teams have to acquire a minimum of 16 and a maximum of 22 players for a season.

They are allowed to retain three players each from last season. Tamil Nadu, Premier League players, are divided into four categories. The categories are set up based on the experience of the player.

B2 category players are the ones who have not played any first-class cricket but have played at least 20 TNPL matches in the last two seasons.