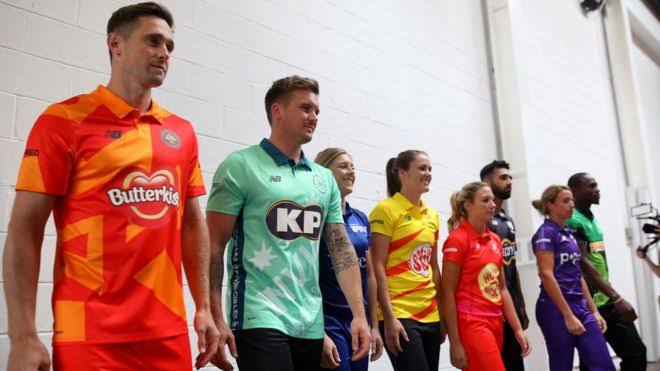 The Hundred Schedule 2022: Get the complete Time Table, Teams, Format and The Hundred Live Streaming details.

As the game of Cricket is achieving milestones day by day, the format is also shortening. In this series, The Hundred is yet another milestone. The Hundred is a white ball Cricket tournament in which each side will face 100 deliveries. The Hundred schedule 2022 is announced, the league will commence from 21 July 2022 with women’s fixture between Oval Invincibles vs Manchester Originals at the Kia Oval. It will entirely be managed by the England Cricket Board (ECB) apart from T20 Blast 2022.

The league will consist of eight city-based franchise teams that will field in both, a men’s and a women’s team. Ahead of the competition, here’s The Hundred cricket schedule, Time Table, Teams, Format and 100 Live Streaming Details.

Here is the complete The Hundred fixtures list, the women’s and men’s competition to start on Wednesday, July 21 in England. Originally The Hundred was scheduled to take place in 2022, but the COVID-19 pandemic, the league was postponed to 2022.

The format of The Hundred 2022 was released by England and Wales Cricket Board earlier this year. This format was brought in with a vision to attract more people towards Cricket. The format of this tournament includes:

Sky Sport holds the official broadcasting rights of the t20 cricket competition, The Hundred. All the matches to be broadcast on Sky Sports Cricket. BBC is also to have The Hundred live streaming online of 10 matches along with SkyGo.