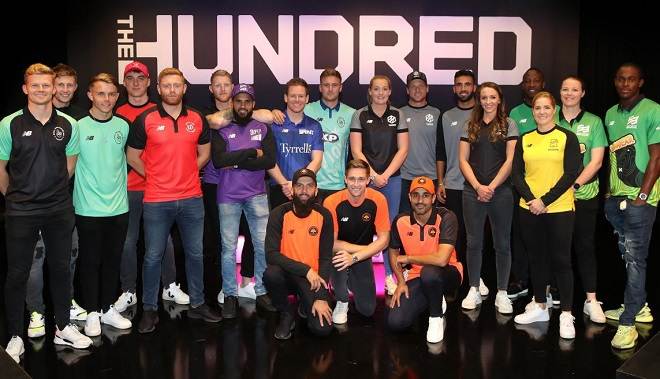 How to Watch The Hundred Live Streaming: What are the TV Channel?

The Hundred Live Streaming 2022: Where and How to Watch The 100 Live Cricket Match Online and What are the Telecast TV Channels.

The cricket fans have seen many different formats so far but now get ready to witness another new format, the 100-ball cricket match. The England and Wales Cricket Board have introduced The Hundred, a 100 balls cricket league featuring the eight teams in the tournament. The 100 ball cricket league have both men and women’s team. The Hundred live streaming cricket matches can be watched on BBC and Sky Sports as they hold the official tv rights.

The men’s tournament is scheduled to begin on July 21, with the opening game between the Oval Invincibles and Manchester Originals women’s teams. The 100 cricket competition is to conclude at Lord’s on Saturday, August 15. The women’s league starts on Wednesday, July 21 and end on Friday, August 14, at Hove.

Every cricket match to broadcast on the Sky Sports channel in the UK while some games from the men’s and eight women’s leagues are broadcasting on the BBC.

Star Sports 1 Live has the broadcast rights to have the live coverage of The Hundred in India and its subcontinent, including Sri Lanka, Nepal, Pakistan, Afghanistan, Maldives, Bhutan, and Bangladesh countries. The Hundred 2022 cricket matches can be streamed online on the Hotstar app.

How to Watch The Hundred Live Cricket Streaming Online?

The user needs to download the app available on Web, Android and iOS to watch The Hundred live telecast cricket matches on the Hotstar app and website, get the premium subscription of Hotstar VIP and premium.

The live coverage of The Hundred in the United States will be broadcast on Willow TV and Fox Sports to telecast the league in Australia, and online fans can watch it online on Foxtel Sports’ app and website.

The Middle East and North Africa (MENA) Countries can catch all the matches on OSN Sports Cricket HD, and Gazi TV (GTV) is the broadcaster of The Hundred 2022 in Bangladesh.

What are the Teams in The Hundred?

The ECB introduced the eight teams, and all the games were to be held in England and Wales.

TV Schedule for The Hundred

The competition is to have league games and then playoffs, and each team will play four matches at home and away. All the 33 games of The Hundred live cricket are streaming on the BBC and Sky Sports.