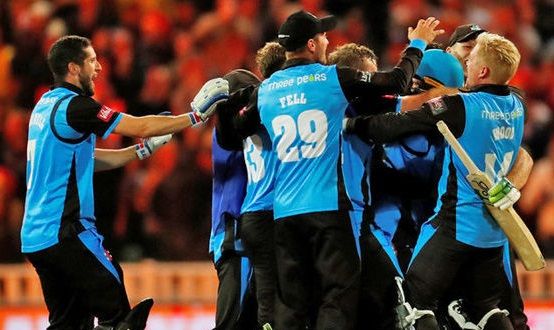 The England and Wales Cricket Board has announced the T20 Blast 2019 schedule and match fixtures for the 2019 edition of the T20 cricket league. The Vitality T20 blast 2019 is English T20 domestic league which is set to begin from 18 July 2019 and will run for over two months and total 133 matches including 126 league matches, four quarter-finals, two semi-finals and final.

All the 18 teams who are playing in the T20 Blast 2019 have been divided into two groups- South and North. The competition is managed and run by ECB since 2003. The competition has been renamed several times due to commercial reasons and now it’s called Vitality T20 Blast while earlier it was known by Natwest T20 Blast. The sixth edition of Vitality T20 Blast is scheduled to be held from July 18 to September 21, 2019. The T20 Blast 2019 teams are divided into Northern and Southern Division.

The tournament is set to be played from 18 July at various location in England as per the T20 Blast 2019 schedule. Here are all the 23 venues where matches are to be played.

With the release of the T20 Blast 2019 schedule, ECB has also announced that tickets sale information will be available on its official website. Sky Sports to broadcast selected matches on the Sky Sports Cricket and Sky Sports Main Event. In India, Star Sports to telecast the T20 Blast matches.