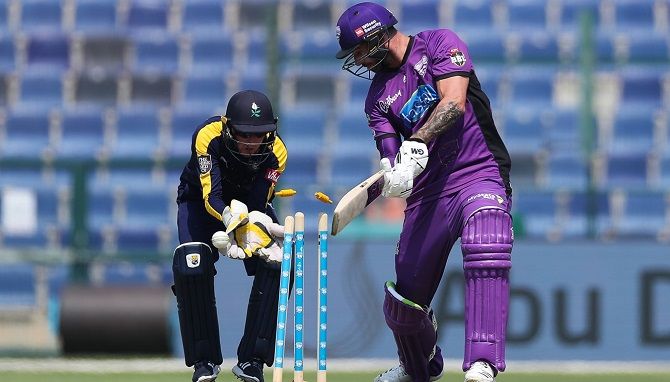 The T20 Blast 2022 feature a total of 133 matches between eighteen teams of England and Wales. According to the news, most of the league stage matches will not be broadcast, but the selected league and every knockout match the English T20 Blast Live telecast in India and worldwide.

All the 18 teams have been divided into two divisions, north and south, and each team will play six other teams in the division in a home-away format to reach the knockouts. If you don’t want to miss any of the Vitality T20 Blast live streaming free online and Vitality T20 Blast 2022 live telecast in India, follow this guide.

The T20 competition played by the English club will be available live telecast in India on FanCode. FanCode has the exclusive rights of the Vitality T20 Blast live streaming, and India and its subcontinent viewers can watch it on the app and website.

The FanCode app bought broadcast rights of the league in India. Fans can also catch live action on the respective YouTube channels of various teams. The official YouTube channel of the T20 Blast will upload the highlights of the matches.

The United Kingdom’s biggest sports network, Sky Sports, holds the official broadcasting rights for vitality T20 Blast 2022 in England. Sky Sports Cricket and Sky Sports Main Event is the tv channel to look out for the T20 Blast 2022 matches in the UK. English viewers and Asian cricket fans can catch the Vitality T20 Blast live streaming on SkyGo through their iPhone, iPad, PC and Android devices.

Sky Sports NZ to have the Vitality T20 Blast 2022 live telecast in New Zealand and SuperSport in South Africa.

You can also listen to the live commentary of the T20 Blast 2022 matches on Radio channels. Many popular radio channels are providing radio commentary.