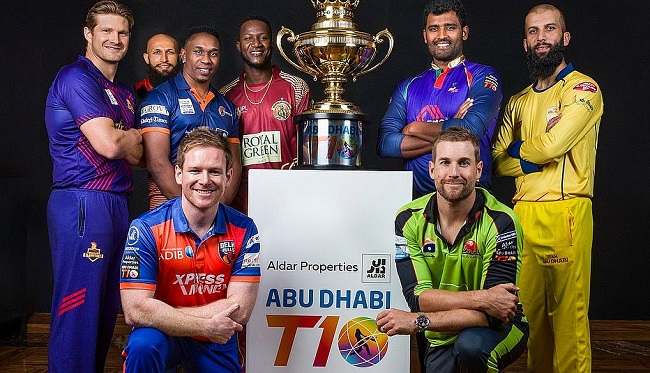 The fourth edition of the Abu Dhabi T10 League is set to be played between eight teams from January 28. Here’s the 2022 T10 league Schedule, Fixtures, Teams, Squads, Venues and Match Timings.

The T10 league 2022 schedule is confirmed, the competition is set to start on 28th January with the defending champions Maratha Arabians to take on Northern Warriors in a season opener. The final match slated for 6th February 2022. The eight teams competing to be played at the Zayed Cricket Stadium. Many popular and big international cricketers are part of the Abu Dhabi T10 League.

The complete schedule and match fixture for the Abu Dhabi T10 League 2022 is announced by the T Ten Sports Management. In the match, each team play 10 over-and match runs for 90 minutes.

The tournament is set to be played in the round-robin followed by Eliminators and the final. All the eight teams will be divided into two groups of four teams each.

Here are the confirmed squads of all the T10 league 2022 teams.

The Maratha Arabians are the defending champions of the Abu Dhabi T10 League and would look to defend the title when they begin their campaign this season. Sony Pictures & Sports Network is the broadcasting network for the league while SonyLIV is confirmed for the T10 League live streaming games.