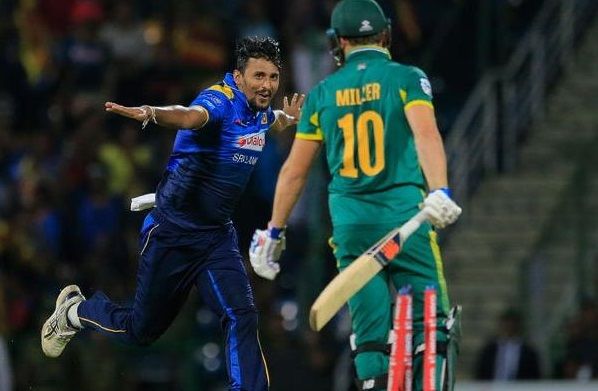 SL vs SA Dream11 Team – Check Dream11 Team Player List, Sri Lanka vs South Africa Match Prediction Dream11 Guru Tips ICC World Cup 2019: Sri Lanka took everyone by surprise when they defeated England by 20 runs in the last match that they played on 21st of June 2019. The target was not very big but the Lankans were able to defend it. They had won only one match previously. 2 of their matches had been abandoned without toss due to rain.

Out of the 6 matches that they have played, Sri Lanka won 2 and lost 2. Due to rain, 2 of their matches had been abandoned. In the World Cup Points Table, currently, they are in the 6th position with 6 points (Net Run Rate: -1.119). South Africa played their last match against Pakistan on 21st of June 2019, which they lost by 49 runs. Their match against West Indies was called off because of rainfall. The only match that they had won was against Afghanistan. With 2 matches left in hand, South Africa has no hope of reaching the Semi-Finals of ICC Cricket World Cup 2019.

Out of the 7 matches that they have played, South Africa won 1 and lost 5. 1 match yielded no result due to rain. Currently, in the Points Table, they are in the 9th position with 3 points (Net Run Rate: -1.734).

This year the South Africa team will be leaving the World Cup after the Group Stage. They have not been upto the mark. Spinner Imran Tahir is the only one worth mentioning as he took 10 wickets in 7 matches.

Sri Lanka has struck back in their last match. South Africa might not be performing well right now but they should not be underestimated. Looking at the current situation, Sri Lanka is in a better position to win and they need this win and two more to ensure a Semi-Final slot.