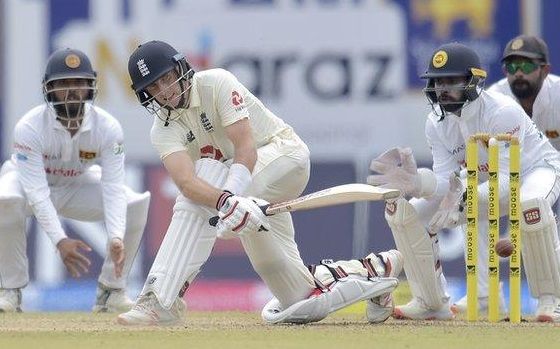 Sri Lanka vs England 1st Test Highlights: It was the same story for Sri Lanka team after their recent tour to South Africa (where they have lost the test series by 2-0 very badly). In the last two decades, it is one of the worst phases in the Sri Lanka Cricket history ever (when major players are not playing and they have still not able to find the alternatives of greats like Kumar Sangarkara, Muthaih Muralitharan and Mahela Jayawardene after retirement).

The minnows would be the better term to describe the current line-up of Sri Lanka cricket team. The former England Captain and middle-order batsman Nasser Hussain has slammed the batting performance of Sri Lanka.

“I think abysmal is being kind – it was absolutely ridiculous,” Hussain said. ”You think of some of the greats Sri Lanka have had – what must they be thinking looking at a batting performance like that? It was farcical.

“I’d love to know how many of those Sri Lankan batsmen walked into the dressing room and thought ‘I got out to a decent delivery’, it was none of them. It was a joke by the end.

Although in the recent times it was seen that defeating the subcontinent teams in their own backyard is the monumental task for any visiting teams who have toured to the subcontinent.

But Sri Lanka team has proved it wrong after winning the toss and decided to bat in the first test match at Galle. The visitors (England) have restricted the hosts (Sri Lanka) under the score of 135 runs in just 46.1 overs.

While from England Dom Bess take 5 wickets for 30 runs and Stuart Broad picked up 3 wickets who has get the crucial wicket of Angelo Mathews (27) at the score of 81/4 which has open the floodgates for the visitors to take the remaining 7 wickets of Sri Lanka with the addition of 54 runs on the scoreboard.

But the hosts (Sri Lanka) have reduced the visitors (England) at the score of 17/2 when there both openers were back to the pavilion by Lasith Embuldeniya.

With 3 wickets down of England at the score of 131 runs, Sri Lanka could’ve been somewhere successful to give the early dents but Captain Joe Root and Daniel Lawrence took the game away from the hosts and put England back into the driver seat with 173-run stand partnership for the fourth wicket while pushed Sri Lanka team at the backfoot completely.

Towards the stumps of day two Joe Root remained unbeaten on 168 runs which feature 12 fours alongside Jos Butler who was on 7 runs with the lead 185 runs in the first innings of England.

Still three days to go in the test match and there are some chances that rain would affect the play in the coming days of game.