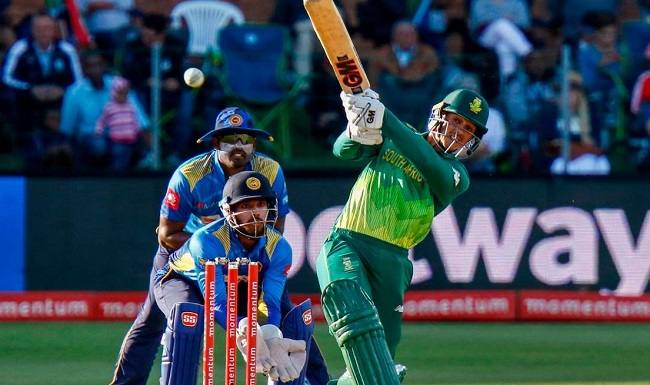 Sri Lanka is set to tour South Africa for the upcoming two-match Test series which is scheduled to be played from December 26. The matches to be played in Centurion and Johannesburg and you can watch live telecast of the SA vs SL match on television on Star Sports while Disney+Hotstar to have South Africa vs Sri Lanka live streaming online.

After England pulled out of the ODI series of South Africa tour, Sri Lanka team came in rescue with two Test matches. The series is part of the ICC World Test Championship.

Sri Lanka vs South Africa 2022-21 Test series will live telecast on the Star Sports Network. Star Network has recently aquired the broadcast right of South African team so, the matches played in South Africa will be live streaming on Hotstar.

The UK cricket fans can watch to enjoy Sri Lanka vs Africa live cricket streaming on Sky Sports channels. Sky Sports Cricket channel is broadcasting all the matches of England tour of South Africa 2022 in the United Kingdom. Download SkyGo app from the app or play store as the app is available on iOS, Android, Chromecast, Fire TV, Xbox and Playstations users.

The USA cricket can catch the battle between Sri Lanka vs South Africa on Willow TV.