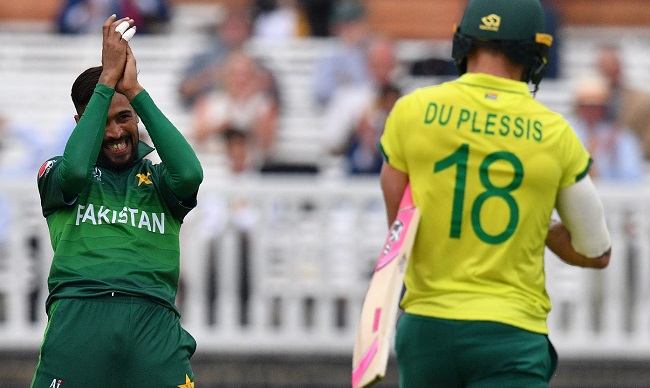 After successful defeating Sri Lanka in the recent test series by 2-0, South Africa is all set to feature in yet another series against Pakistan in the first half of 2022 cricketing season. PCB announced South Africa Tour Of Pakistan 2022 schedule featuring two Tests and three Twenty20 internationals.

It will be first time since 2007 when any South Africa team will tour of Pakistan. The hosts (Pakistan) will play 3 T20ls and 2 Test Matches against visitors (South Africa) on the tour from the 26th January 2022 with a first test match at National Stadium, Karachi.

The red-ball cricket series (Test Cricket) will be facet of ICC Test Championship 2019-21 where Pakistan is way behind in the ICC Test Ranking from South Africa. The Visitors will arrive Pakistan on 16th January and will be in the quarantine period for the safety protocols before be the part of any training Schedule on the tour.

After the successfully confirmed that South Africa will Tour of Pakistan, the former South Africa captain Graeme Smith says –

The matches of South Africa Tour Of Pakistan 2022 will be live telecast on Sony Six and Sony HD. SonyLIV to provide South Africa vs Pakistan live streaming online in India.