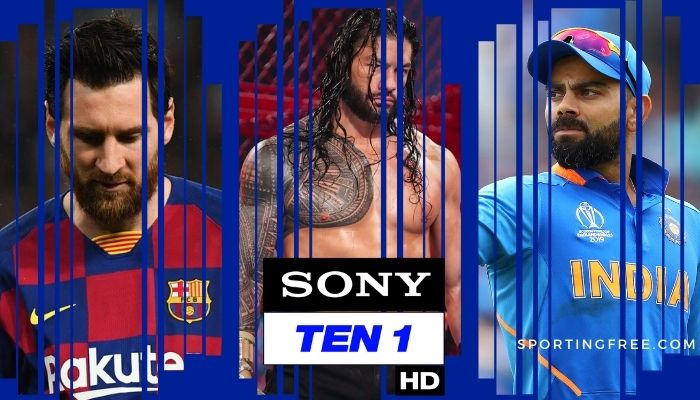 India tour of Australia cricket series is starting from November 27 and will conclude on January 19. Sony Pictures Sports Network to broadcast the games in four different languages and SONY TEN 1 HD to provide the IND vs AUS live coverage in English.

It is home to WWE events in India, wrestling fans can watch WWE Raw and WWE SmackDown along with NXT, Main Event, WWE Sunday Dhamaal and WWE PPV events live only on Sony Ten 1 HD.

Online fans who are looking to watch the Sony Ten 1 live WWE and cricket online can buy the subscription of Sony’s on demand OTT platform SonyLIV.

It is one of the most popular streaming services in India. SonyLIV provides live sports streaming along with tv shows, movies, web series and live tv channels including Sony Ten 1 channel.

To watch the premium content and live sports streaming or Sony Ten 1 live TV channel then buy the SonyLiv Premium subscription which is affordable.

Test series between India vs Australia is scheduled to take place from December 17 to 21 with 1st Test at the Adelaide Oval. Followed by the Boxing Day Test from December 26 to 30.

The third and the fourth Test Test will be played at the Sydney Cricket Ground from January 7 to 11and at the Gabba from January 15 to 19 respectively.

The programmes of Sony Ten 1 is scheduled to provide the live coverage of all the popular sports such as tennis, MotoGP, horse racing, beach volleyball and basketball.

The other channels which are part of the Sony Pictures Sports Networks are Sony TEN 2, Sony TEN 3 live, Sony ESPN and Sony Six. All these channels provide the sports’ coverage in Hindi, English, Tamil and Telugu languages.