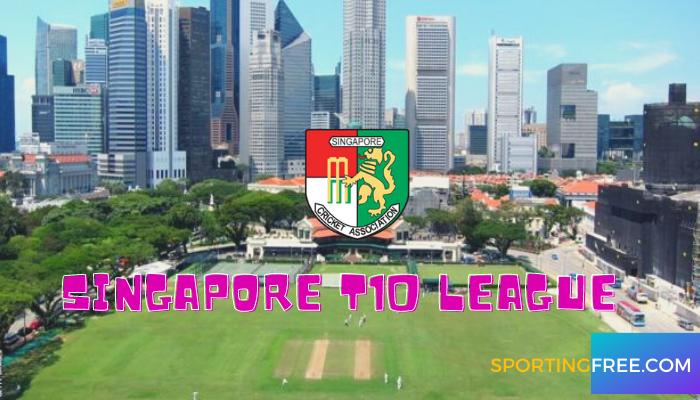 Singapore T10 League 2023 Schedule, Teams, Broadcasters And Everything You Must Know

Singapore Cricket Association has confirmed that Singapore is set to host its inaugural T10 cricket league featuring top men and women cricketing players. SCA also confirmed the starting date and teams for the league while Singapore T10 League 2023 schedule and match fixtures are yet to announce.

Cricket is the biggest sport in India, no other sport comes close to it, hence India is a full-time member with ICC, but there are certain countries like Scotland, UK, And Singapore where cricket is slowly getting fame and is getting established. Although Singapore seems to hit the pedal as they are going to host the inaugural T10 cricket league in 2023 to further popularise the sport in their country.

The fixtures and Singapore T10 League schedule aren’t out as the teams are also yet to be finalized, hence once the teams get finalized the fixtured would also be updated soon.

Singapore Association is coming up with a very unique concept and that is they will instate one franchise from 6 different countries thus 6 club franchises will compete against each other for the 10 over tournament in Singapore. The list of 6 countries whose franchises will feature in the league is as follows.

The countries have not decided who the franchise would be for the tournament but the fans are excited as they will get to see India vs Pakistan be it in an indirect way.

The good news is that the tournament won’t be dominated by just men, in fact, it would be the first tournament where women would participate at the same time. Hence every above-mentioned country will send 2 teams one being the men side and the other the women side.

The best part is that both sides must have single administration, and team management, and both men and women cricketers will have their practice sessions together.

This will allow women players from smaller teams to learn from their male counterparts and top coaches. The idea is to have one male and one female coach along with gender-balanced support staff for the teams.

Broadcasters For The Singapore T10 League

The first year will have six teams in the fray and the number will be increased to eight teams from the third year onwards.