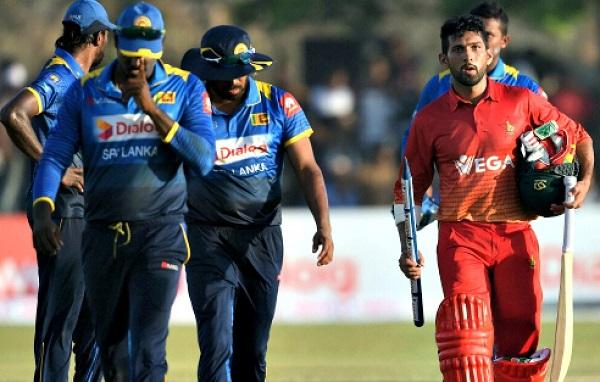 Cricket has been very much changed over the years in many ways. With grounds getting shorter and restrictions have been there over the bowlers to bowl limited over in cricket per innings across the formats. Here’re the top 10 shortest ODI matches of all time.

Cricket has been very much changed over the years in many ways. With grounds getting shorter and restrictions have been there over the bowlers to bowl limited over in cricket per innings across the formats. Earlier there were 8-balls over which was also reduced to 6-balls over later in the cricket. While test cricket was the first format in cricket played among nations.

It was during the later phase of time when the format like ODI form of cricket has been brought into action and it was the same time when kerry-packer world cricket series was started. ODI Cricket is the second oldest format of cricket after the test cricket.

50-overs contest and each team have to take 10-wickets to come to the conclusion of a match. Although, test cricket is a pure form of cricket it was during the ODI cricket when spectators witnessed the surreal records, emotions and drama like never before in cricket.

10 Shortest ODI Matches of All Time

Many teams with minnows tag have defeated the world heavyweights of cricket in the nail-bitting encounter. While there were times when team have posted the least amount of runs on the scoreboard which was not expected by anyone.

Having said, let us take a look at the top 10 shortest cricket match in one-day cricket history.

Let us start the list with the famous match between Sri Lanka and Zimbabwe and it is also remember for brilliant bowling spell of left-arm fast bowler Chaminda Vass who took hat trick in the match and became the first player from his country to achieve this feat.

While to make things unequal, Vass registered the career-best figures of 8 wickets for 19 runs (it is still the record intact and under the vass name).

Sri Lanka frontline bowler Chaminda Vass humiliated the opposition team to their lowest ever ODI score of 38 runs in 15.4 overs. Sri Lanka has chased down the target of 39 runs in 4.2 overs with the loss of 1 wicket in the shortest ODI matches of all time.

It was the 5-match ODI series and hosts (Bangladesh) were already up with 2-1 in the series before the 4th game in the series. For Zimbabwe it was still the chance to win the series from here, and they have decided to bat first after winning the toss but very soon they found themselves into trouble when they lost 4 wickets at the score of 8 runs.

To make things they have lost the remaining 6 wickets under the score of 12 runs after losing the wicket of Stuart Matsikenyeri at the score of 32 runs.

Zimbabwe was all out at the score of 44 runs with Shakib Al Hasan picked up 3 wickets for 8 runs. In reply, Bangladesh did lost 4 wickets under the of score of 5 runs but they chased down the target with 6 wickets in hands to take vital 3-1 lead in the series.

It was the 2003 world Cup fixture between Sri Lanka went against Canada in the game number 18th of the tournament. Sri Lanka captain won the toss and decided to bowl first, canada before could understand anything lost 6 wicket at the score of 12 runs.

The last 4 wickets of Canada only manage to add 24 runs on the board and all out at 36 runs.

In reply, Sri Lanka chased down the target easily with 9-wickets in hands in 4.4 overs. Chaminda Vass once again picked up 3 wickets for 15 runs in his opening spell of bowling.

Once again both the team have played against each other in 3-match ODI series. Sri Lanka tour of Zimbabwe for the test series and ODI series, both the contest was won by Sri Lanka easily.

But third ODI game of the series is widely remember for the lowest ever score in ODI cricket history. Sri Lanka captain won the toss and decided to bowl first without any surprise

Zimbabwe was looking good at the score of 18/1 but what followed next was the absurd collapse of Zimbabwe when they bowled out the score of 35 runs in the first innings. They have lost 9 wickets under of score of 17 runs.

In reply, Sri Lanka chased down the target of 36 runs with 9-wickets in hands to clean sweep Zimbabwe with 3-0. Chaminda Vass again picked up 4 wickets for 11 runs.

It was 3-match ODI series and visitors (west Indies) have already taken 2-0 in the series and the final game was played at Chittagong. It was the same match in which Carlos Brathwaite made his ODI debut for West Indies.

Bangladesh captain won the toss and decided to bowl first and they have restricted the west Indies at the modest score of 61 runs after the brilliant bowling spell of Shakib Al Hasan who returned with 4 wickets for 16 runs.

In reply, Bangladesh chased down the target with 8 wickets in hands. Shakib Al Hasan was awarded with Man of match for his best bowling performance.

Before Bangladesh humiliated west Indies in their own territory at the lowest score. Both the teams have lock horns in the world Cup 2011 match number 19. Bangladesh captain won the toss and decided to bat first but surprisingly their decision backfired when they bundled out at the score of 58 runs.

In reply, West Indies chased down the target with 9 wickets in hands. Kemar Roach was awarded with Man of match for his 3 wickets for 19 runs. While Sulieman Benn picked up 4 wickets for 18 runs.

It was the ICC world cricket division one season 2006 between the associate cricket teams who were qualified for the 2007 world cup. During the 14th match of the division between Kenya and Canada (visitors) were bowled out at 92 runs in the second innings when they given the target of 251 runs after Kenya decided to bat first.

Thomas Odoyo picked up 4 wickets for 39 runs and awarded with Man of match for his bowling spell. While Peter ongondo picked up 5 wickets for 51 runs.

Another match of the same ICC World Cricket division one between Bermuda and Canada. Bermuda after winning the toss decided to bowl first as the match was reduced to 21-21 overs due to rain. Canada scored 162 runs in their allotted 21 overs  with the loss of 8 wickets.

But Bermuda was all out at the score of 106 runs after at one stage 31/1 and failed to chase the target. Sunil Dhaniram picked up 4 wickets for 10 runs.

It was the triangular tournament between Pakistan, Sri Lanka and New Zealand. The hosts (Pakistan) lock horns with Sri Lanka in the final of the tournament and they have won the toss and decided to bat first.

Pakistan scored 295 runs for the loss of 6 wickets in their allotted 50 overs. Mohammad Yosuf score brilliant century 129 runs off 131 balls.

In reply, Sri Lanka only manage to score 78 runs in the second innings and lost the match by 217 runs and final too.

It was the 2003 world cup match between predator Aussies and minnows Namibia at Senwes Park. Australia captain won the toss and decided to bat and they score massive runs on the scoreboard 301 runs for the loss of 6 wickets in the allotted 50 overs.

Mathew Hayden, Andrew Symonds and Darren Lehmann all contributed with the valuable half-centuries.

In reply, the opposition was all out at 45 runs and lost the match by 251 runs. Glenn McGrath picked up 7 wickets for 15 runs in 7 overs which also included 4 maidens. Namibia only manage to play 14 overs in the second innings before gets humiliated by Aussies.

Have you watched any of these top 10 shortest ODI matches of all time live and if yes then comment down below.