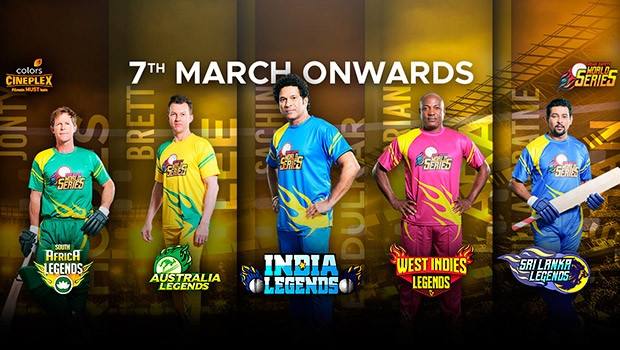 Road Safety World Series 2022: How to Watch Online or on TV

Many big cricket stars such as Sachin Tendulkar, Virender Sehwag, Brian Lara and Muttiah Muralitharan are playing in the competition. The Road Safety World Series 2022 live online matches can be enjoyed on Voot.

Season 1 of the series was suspended after four games due to COVID-19 pandemic but as the things are improved now, the league is back to complete its remaining matches at new venue i.e Shaheed Veer Narayan Singh International Cricket Stadium in Raipur.

Viacom18 is the official broadcasting partner of the series and they are gearing up to provide the coverage of all the matches. Colors Cineplex and Colors Kannada Cinema will continue to live telecast Unacademy Road Safety World Series in India. The coverage of the matches to start at 7:00 PM IST with the prematch show is starting at 6 pm IST.

The Road Safety World Series online streaming platform VOOT and JIO TV is providing free coverage of the matches in India. So if you are away from the home or on vacation but still want to watch the games then download the Voot or Jio TV app.

If you are away from the tv or have an office but also want to watch the matches then download the Voot app from the Google play store or Apple app store. You can watch Road Safety World Series live streaming online free on PCs, tablets, iPhone, Mac, Amazon Fire TV, Android TV and Apple TV.

You can book tickets for the series from the BookMyShow and it will cost around INR 50 to 500. Get the tickets and then you can enter the stadium to watch live match of Road Safety World Series 2022.