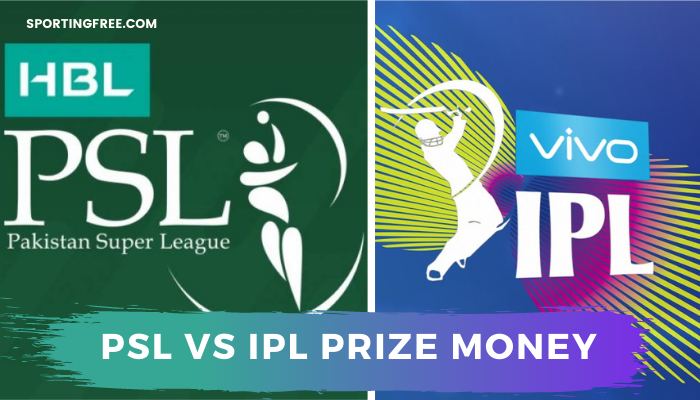 Indian Premier League (IPL) is the most popular T20 league in the world. After the inception of IPL in 2022, the standard of the game has reached new heights. Over a period of time, every country has launched its own franchise league and one such League is Pakistan Super League (PSL). Here is a look at the PSL vs IPL prize money awarded to the winners of PSL and IPL.

The format of both leagues is similar. But, there is a huge difference when it comes to the prize money of PSL vs IPL. The recently concluded PSL 2022 saw Karachi Kings lifting their maiden PSL title. They defeated Lahore Qalandars in the final.

Karachi Kings the champions of Pakistan Premier League 2022 took home 5,00,000 US Dollars which is approximately 3.72 cores in Indian currency.

When we talk about IPL 2022 winners Mumbai Indians they got whopping 20 cores prize money. The prize money of IPL is around fivefold of Pakistan Super League prize money.

On the other hand, IPL runners up Delhi Capitals got 12 5 crores. 11 crores more than PSL runners up prize money. Lahore Qalandars got 1.5 crores after being the second-best team of PSL 2022.

The only category where PSL is rubbing shoulders with IPL is individual prize money. In both PSL and IPL Player of the tournament, best bowler, best batsman, best fielder and emerging player of the season get 10 Lakhs rupees.

When it comes to prize money, the Indian Premier League (IPL) is untouchable. Pakistan Super League may have successfully allured many big talents but the charm of the IPL Is untouchable.

The 2022 season of IPL will be held between April and March this year. The tournament will be back in India this year after it was held in UAE last season due to the Coronavirus outbreak.