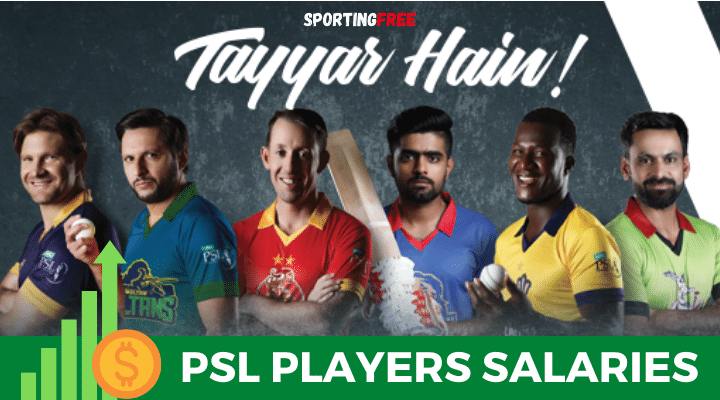 Pakistan Super League(PSL) is an annual Pakistani T20 league played in February-March. Similar to IPL, PSL also consists of franchise-based teams with players from different countries. This year, unlike earlier years, there is a top list of players who have joined PSL on massive contracts. PCB recently revealed the PSL 2022 players’ salaries and their contracts with the teams.

PSL was introduced in 2015 by the Pakistan Cricket Board. The league initially consisted of just 5 teams but was later expanded to 6 teams in 2017. The current season, PSL 2022 is scheduled to conclude on June 24, 2022 with the final match.

The PSL takes place each year around the time of February-March in Pakistan. This year the league started in February but got paused after the playoff due to the COVID pandemic.

The board was in a dilemma about whether to announce the winner based on the leader of the points table or not. However, they concluded that the tournament will resume in November this year

However drawing many similarities with the IPL, if there is one thing that stands out different from the Indian league is PSL’s player draft and contract.

PSL each year conducts player drafts where local players as well as international players are auctioned to various teams. But here comes the twist.

PSL has become the 2nd richest T20 league in Asia as with each new season more top players join the franchises and raise the bar of the league, so did they this season.

Quetta Gladiators are the defending champions but were eliminated in the Round Robin. While the 4 teams that have made it to the playoffs are Multan Sultans, Karachi Kings, Lahore Qalandars, and Peshawar Zalmi.