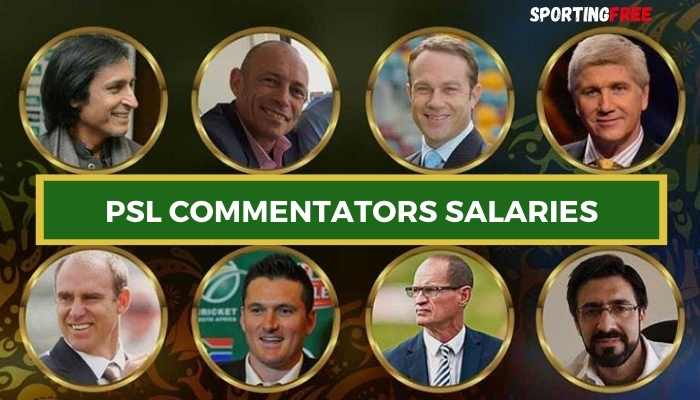 There is one department other than fans who light up the atmosphere and work towards making the T20 cricket more exciting for the viewers are the commentators. The recent report revealed which PSL commentator charges the most for his words and what are PSL commentators salaries per season.

The Pakistan Cricket Board recently released the list of their commentators with their contracts for PSL 2022. The league was conducted in March on a much bigger budget and was for the first time fully held in Pakistan.

PCB appointed 13 experienced commentators for this year’s edition and which includes big names such as Danny Morrison, Alan Wilkins, and South African fielding legend Jonty Rhodes. While the majority of the list includes former Pakistani cricketers and commentators.

This year the role and responsibility of Commentators have doubled due to the absence of fans on the pitch due to the COVID pandemic. PSL started off with fans coming to support their teams.

However, as the tournament continued it was decided that the matches will take place behind closed doors. Thus viewers relied more on commentators as they became the source of disseminating news about the match and to light up the atmosphere of the tournament.

It would be wrong to compare PSL commentator’s wages with the IPL commentator’s salary as there is a huge budget gap. However, the Pakistan Cricket Board has impressively given an increment to their key people on mikes compared to last year.

PCB gives a salary of $12,260 per season for commentators that are affiliated with the channel broadcasting the league and $7,500 for the commentators not hired by the channel.

What’s surprising is that there are more foreign experts on the mike for the Pakistani super league than Pakistani commentators themselves.

Cricket is one of the most loved and watched sport in the world especially when it comes to T20. The shorter format of the game has gained huge popularity over the years. However, cricket gets more exciting when the atmosphere is lighted up by these commentators.

If you like the article then do check out the post on PSL players salaries for the current season.

Disclaimer: The above information about the PSL commentators salary is based on the analysis, research and reports released by the officials.