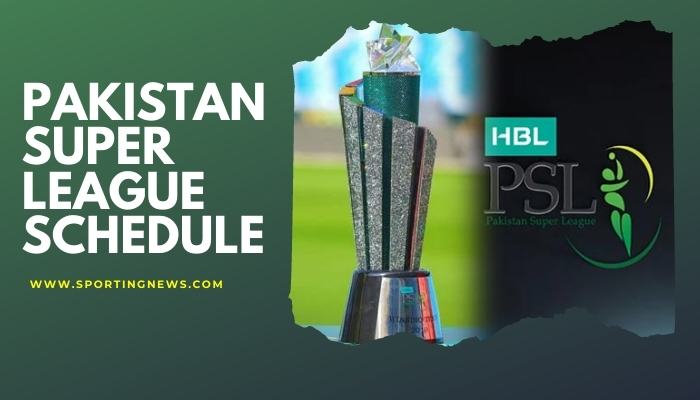 The opening match of the tournament is taking place at Karachi’s National Stadium between Karachi Kings v Quetta Gladiators. Due to coronavirus, Pakistan Super League matches were earlier said to be played in the United Arab Emirates (UAE) but now it’s confirmed that the league is taking place in the country itself.

The draft for the PSL 2022 to be held by the Pakistan Cricket Board (PCB) on January 10 in Karachi. All the teams have built their squad for the upcoming PSL 2022.

According to the PSL schedule, the league is set to kick off on February 20 and will have a total of six teams participating in the tournament. Here are all six teams.

The league will be played in a double round-robin format with the top four teams to play in the playoffs according to the PSL Schedule. The confirmed Pakistan Super League fixtures are out and here’s PSL 2022 schedule.

The 6th edition of Pakistan Super League is likely to be held in the UAE due to coronavirus but all the depend on the health situation in the country. A total of 34 matches along with the opening ceremony and the playoffs are scheduled to take place in the UAE.

All the confirmed venues for the six teams of PSL 2022 to be updated here once officially announced.

PSL 2022 to be played across Karachi and Lahore city.

Who was the first winner of PSL?

Pakistan Super League was founded on 9 September 2015 with 5 teams.

Pakistan Super League was founded by PCB (Pakistan Cricket Board).

Who is the highest run scorer in PSL (Pakistan Super League)?

Kamran Akmal scored most runs in PSL (Pakistan Super League) with 1286 in 46 innings.

Who is the highest wicket taker in PSL (Pakistan Super League?

Wahab Riaz took the most wickets in PSL. He has 65 wickets in just 44 innings.

Where can I watch Pakistan Super League (PSL) 2022?

The PSL matches can be watched live in Pakistan Geo Super and in India on PSL’s official YouTube channel. You can also watch PSL live streaming online using a computer, mobile phones and tablets.