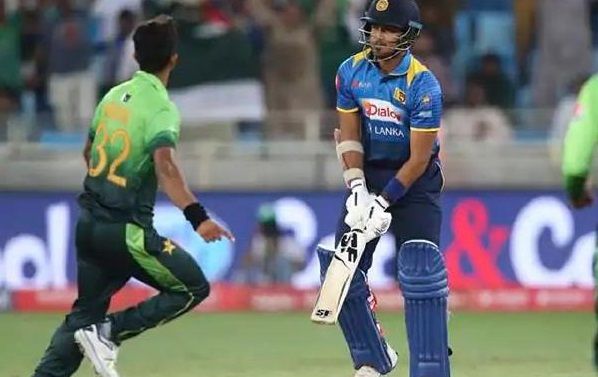 Pakistan vs Sri Lanka 2nd T20 Live Streaming and TV Channel, Pak vs SL 2nd T20 live on Sony Six channel with streaming available on Sonyliv.com. Channel Eye will beam in Sri Lanka.: Sri Lanka began their T20I campaign against Pakistan with a 64 run win over the latter. Sri Lanka now leads the three-match series 1-0 and will look to clinch the second game to seal the series. Pakistan, on the other hand, showed a dismal batting display in the first T20I. After losing the toss, Sri Lanka batted first and put up 165 runs on the board. Pakistan managed to score only 101 runs and lost the game by 64 runs.

Sri Lanka played a great combined unit in the first T20I. Danushka Gunathalika was excellent with the bat and other batsmen performed decently well. The bowling of the Lankan team was extremely good and hence, there mighnt not be any changes in the second game.

Pakistan did a decent job as far as bowling is concerned. The major problem that surfaced in the first T20I was the batting. Hence, there might be changes in the side. Sarfaraz Ahmed and Misbah might come up with a different solution.

Sri Lanka proved to be a dominant force in the first T20I. The batsmen did a good task and put up a fighting total on the scoreboard. The bowlers were handy enough and destroyed the opposition in quick time. Pakistan, on the other hand, should be worried about its performance. The Pakistani bowlers looked exhausted and ineffective. The batsmen were even worse and did not show any signs of fighting back.

Pakistan will also have to work on its fielding. The first T20I saw a lot of fielding errors from the hosts. If they continue in the same manner, they will probably lose the second game too and eventually the series as well. Hence, Pakistan will have to improve in all the departments or else Sri Lanka will cruise to a series victory on away soil.