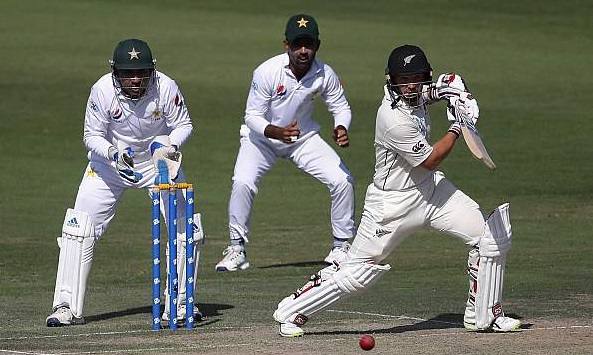 The Pakistan team is currently in New Zealand as their 3 T20, 2 Test series is underway. The 3 T20 series recently got concluded with the Kiwis emerging victorious and now all the eyes are set on the Test Tour. The Test Series will commence from 26th December and conclude on 7th January 2022. Pakistan vs New Zealand Test series live streaming in India is available on FanCode app.

The series will be a part of the inaugural ICC World Test Championship. Check out the PAK vs NZ date, schedule, fixtures, Squad, and Live streaming details for the upcoming test series.

It is interesting to note that New Zealand has just named 13 players in their squad, which indicates their security with the players they got. However, Lockie Ferguson and Colin de Grandhomme were ruled out of the Test series due to injuries.

A big blow for Pakistan came when their captain and best player Babar Azam, was ruled out of the T20 series following a fracture in training, adding on Babar Azam will have to sit out for the 1st Test and can play in the 2nd Test. Hence Mohammad Rizwan has been named the captain for the first Test.

Ahead of the first Test, another blow came their way when Shadab Khan was ruled out of the match due to an injury. Zafar Gohar was added to Pakistan’s squad as Khan’s replacement.

Fans will have to access the FanCode app or website to catch Pakistan vs New Zealand Test match live on their mobile devices. Users will have to pay a nominal subscription fee to watch live streaming online.

However, the list of broadcasters who will broadcast the series in their respective countries is as follows.

The live streaming for the Pakistan vs New Zealand Test Series can be watched by tuning into FanCode, and SuperSport Live.