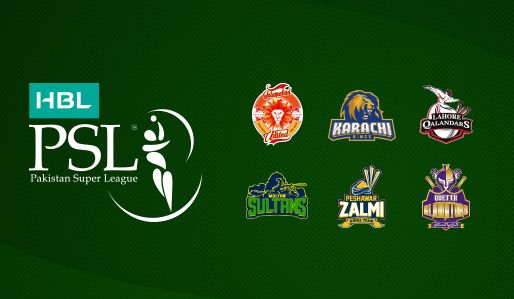 The remaining matches of the Pakistan Super League (PSL 2022) begins on June 9 and the finals will be played on June 24 in the UAE. The PSL 2022 points table will be updated after every game to determine the status of team standings. Based on the rankings, the top four teams will qualify for the PSL playoffs. Originally, PSL 2022 was scheduled to play in February and March but it was postponed due to COVID-19 cases.

A total of 34 matches to be played and the league was started on February 20 with the defending champions Karachi Kings vs Quetta Gladiators at the National Stadium in Karachi.

The excitement of the league depends on the changing PSL points table and here are updated team standings along with detail information on team points, how many matches each team played, net run rate, the wins, and more.

The PSL game format is similar to the Indian Premier League. All the 6 teams will play each other twice (home and away). Each team will have a total of 16 players that will include 5 foreign players and 11 Pakistani cricketers including at least two emerging players.

All the teams who are playing in this edition are Peshawar Multan Sultan, Zalmi, Karachi Kings, Islamabad United, Lahore Qalandars, and Quetta Gladiators. Pakistan Super League 2022 will be played in a robin round format and the top four teams after the group stage will reach the playoffs rounds. In match will tie or level the game will determine via super over.

The winner of each match will get two points while losing team will get no points. In the case of a draw, both the teams will take 1-1 point. The tournament will feature total 24 matches including three qualifiers and one final in Lahore. So, let’s see the PSL 2022 points table with teams standings, win, draw and run rate.

Top teams in the PSL points table will play the 1st Qualifier while 3rd and 4th position team will play the Eliminator. The winner of eliminator will the 2nd qualifier against the loser of 1st qualifier match to reach the final of PSL 2022.

Pakistan Super League 2022 will broadcast by PTV Sports, and Geo Super in Pakistan while matches can be streamed live on CricketGateWay.

DSport is set to telecast live coverage of Pakistan Super League 2022 and digital rights of PSL live stream is with Tiger Sports in India and its subcontinents like Afghanistan, Nepal, Bhutan, and Maldives countries.