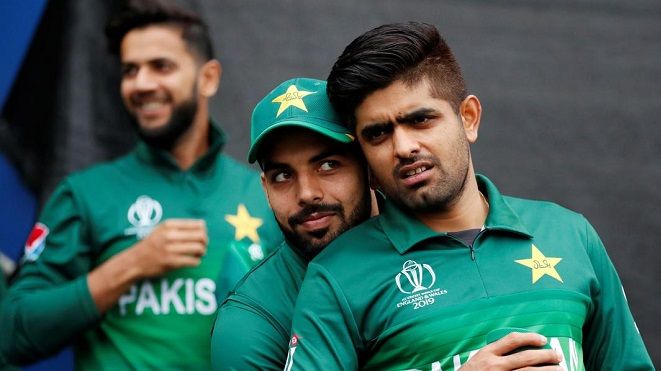 PCB Central Contracts 2022-22: Pakistan Cricketers Salary increased by 25% across all the categories by PCB. Check Pakistan Players Salaries and the highest-paid player.

The Pakistan Cricket Board (PCB) announced the Pakistan cricketers salary based on the newly released central contract 2022-22. A total of 20 cricketers have included in the contract list, including three young cricketers. The annual contracts 2022-22 will run from 1 July 2022 to 30 June 2022.

Cricketers are the most pampered people in the Indian sub-continent with huge pay-pockets. For all the toil on the field, they really get some handsome pay. However, a lot has been said about the pay of Pakistani players off late, especially the disparity in their pay.

Also, with the Pakistani board in shambles due to the lack of matches being played in Pakistan, Pakistani players are often left in the shadows of other higher-profile Asian cricketers. The Pakistani Cricket Board has recently announced the central contracts to its pool of players for the 2022-22 season.

The central contract has been divided into 4 categories. The top players that include limited-overs captain Babar Azam, Hasan Ali, Mohammad Rizwan and Shaheen Afridi, have been given category A.

There is a salary hike of 25 per cent given to all the players of A, B, C and Emerging Category grades. Here is the complete list of Pakistan Cricketers Salary for the 2022/22 season.

Category A: Rs 1 million per month

Category B: Rs 0.75 million per month

A category is the most lucrative one. The players in this category are proven performers and have constantly been bringing laurels to the nation. A total of six players has been awarded this contract. The following is the pay plan for these A-list cricketers.

Then there are Category B players. These players take home the second most handsome salary home. They are given a monthly pay of Rs. 350,000 and, they receive monthly bonuses and also get their due match fees.

The category C players are the ones who are just hanging by a thread in the Pakistani cricketing strata. These players take in Rs. 198,000 as their monthly salary and also the extra salary as win bonus and match fees.

Babar Azam is the highest-paid Pakistan cricketer because of the top category contract from PCB and many endorsement deals.

In the last two years, Pakistan cricket players salary has been increased by 35% per cent by the PCB central contract.