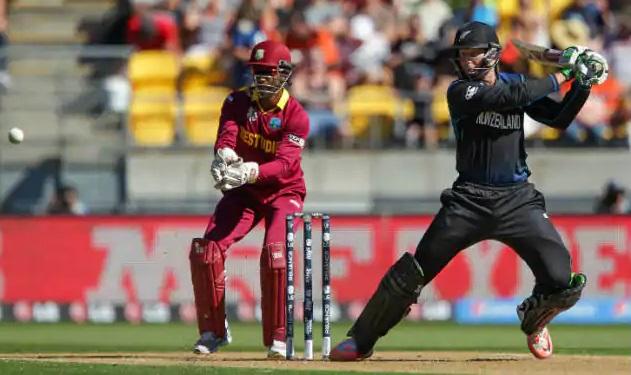 West Indies are in New Zealand, as they are all set to take on the Kiwis for a 3 T20, and 2-Test match tour. The series is set to start from 27th November the same as that of India vs Australia and will end on 15th December. Sky Sports NZ to broadcast the matches on television while New Zealand vs West Indies live streaming cricket match can be watched on SkyGo app.

All the teams are eyeing 2 things, one a good tour to prepare for the ICC T20 World Cup 2022, and another being a spot in the finals of ICC Test Championship and this tour of West Indies to New Zealand fulfills both the criteria.

Thus both the teams will be looking to give in their best and definitely a treat for the fans. Hence the NZ vs WI fixtures, squad, and Live stream details.

West Indies who made the headlines after they were banned to train until their first match due to a breach of protocols are currently playing a practice match against New Zealand A. The team from Carribian will play 2 practice test matches against the Kiwis.

The first Practice match between the two resulted in a draw.

To keep a check on NZ vs WI live cricket scores then there are tons of options as many digital sites now have a tab for cricket lovers to follow their teams. But still, to name a few, cricket maniacs can go to Cricbuzz, ESPN Cricinfo, and official websites of both the cricketing boards.

Talking about watching New Zealand vs West Indies live streaming online or on TV channel then viewers in India can switch to Star Sports as Star network has earned the broadcasting rights for the New Zealand series while its digital platform, Disney+ Hotstar to allow West Indies tour of New Zealand live match online in India to its users.

Where to Watch WI vs NZ Live Telecast Worldwide

Kane Williamson and Trent Boult have been rested for the T20 tour.

Kieron Pollard will captain the T20 side, while Jason Holder joins the side as Test captain.

Cricket around the world can watch West Indies vs New Zealand 2022 live action online without any geo-restriction using VPN service.