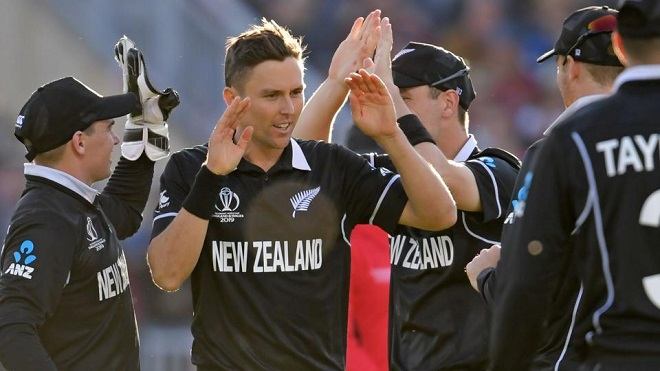 NZ vs PAK Dream11 Team – Check Dream11 Team Player List, New Zealand vs Pakistan Match Prediction Dream11 Guru Tips ICC World Cup 2019: The last match that New Zealand played was against West Indies on 22nd of June 2019. Carlos Brathwaite of West Indies had nearly taken away the match from their hands. The Kiwis won the match by a margin of 5 runs. New Zealand’s match against India was abandoned without toss due to rain. They are one of the only two teams to still remain undefeated in the ICC Cricket World Cup 2019.

Out of the 6 matches that they have played, New Zealand won 5. The match against India was abandoned due to rain. In the ICC Cricket World Cup 2019 Points Table, currently, they are in the 1st position with 11 points (Net Run Rate: +1.306). Recovering from their major loss against the West Indies, the Pakistan team defeated England in the following match. But they failed to maintain consistency. Their match against Sri Lanka had to be abandoned without loss due to rain. The last match that they played was against South Africa on 23rd of June 2019.

Out of the 6 matches that they have played, Pakistan won 2 and lost 3. The match against Sri Lanka was abandoned because of rain. Currently, in the Points Table, they are in the 7th position with 5 points (Net Run Rate: -1.265).

The most consistent member of this team is Mohammad Amir, currently the leading wicket-taker in ICC Cricket World Cup 2019. He has taken 15 wickets in 5 matches. Babar Azam has more or less consistent with the bat.

From the last Friday onwards the Cricket World Cup 2019 has become very interesting. The teams which had been termed underdogs because of their continuous failure, have turned around and are giving the top teams a run for their money. New Zealand should be winning the match as there are way better than Pakistan but you can never be too sure.