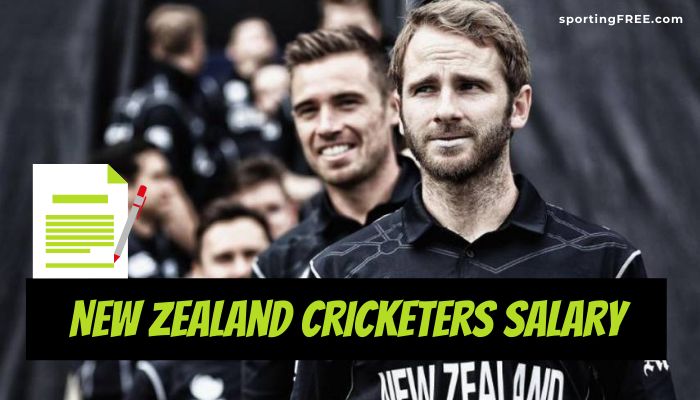 New Zealand has become one of the important teams in Cricket. Gone are the days when the team was considered to be the Dark-Horses after putting up impressive performances in the ICC events in recent history. The New Zealand cricketers salary and the player’s contract were announced in May for all players, some players added to the New Zealand cricket contracts raised some eyes while certain players were dropped as well.

The New Zealand Cricket (NZC) pays out Twenty-five per cent of their total revenue goes to pay player salaries. However, many players are being paid much more by their respective Indian Premier League clubs. As per Stuff, the selectors rank top 20 players on their recent performances and the probability of them featuring the Blackcaps in the coming year.

Tests are given a higher preference over T20I and One-day Internationals. Colin Munro, Jeet Raval, and Todd Astle have all been dropped from the central contract of 2022.

South African-born Devon Conway was added to the payroll before even playing an international match. The twenty-nine-year-old, However, has already scored a century and half-century in three games he had played till April 2022.

Kyle Jamieson, who was brought by Royal Challengers Bangalore ahead of the 2022 season for whooping 15 Crores was also added to this contract.

The top-ranked player gets an annual retainer of $243,000 excluding the match fees and the 20th player earns $103,000. Kiwi skipper Kane Williamson, veteran Ross Taylor, and fast bowlers Trent Boult and Tim Southee are all expected to retain the top contracts.