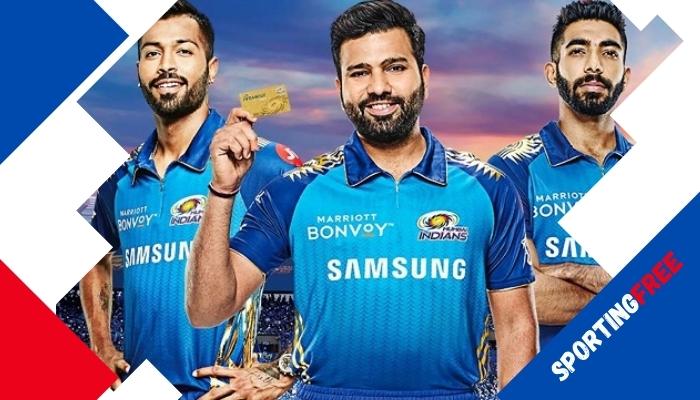 Mumbai Indians are one of the most successful teams in the IPL. The men in blue have won 4 IPL trophies, the most by any side since its inception. Mumbai Indians Players salaries are based on their IPL contracts gets through the auction.

The Mumbai Indians (MI) are owned by Reliance Industries, the richest company in India and the world. The Ambanis have made the club into the biggest brand in IPL as MI was the first team to cross the 100 million mark in brand value and currently has the highest brand value in IPL.

Good performances are always backed by solid money. Infrastructure, facilities and Ambanis don’t need to think twice to spend as much as they want. But do you know how much does their star player Rohit Sharma earns? What are the salaries of the Mumbai Indian’s squad?

But then came the entry of the hitman Rohit Sharma who became the poster boy of MI and led them to multiple glories. While what many might not know is that before an IPL trophy, MI won the Champions T20 league in 2011. Here is a look at their trophy cabinet.

This team has a bunch of match-winners in their squad. With the likes of Rohit Sharma, Bumrah, Pollard, and the Pandya brothers, they are definitely a side to fear.

Kieran Pollard is the highest paid overseas player in the Mumbai squad, with an annual salary of ₹5.4 crores.

The management made some transfers during the IPL auction, with Trent Boult joining the squad of men in blue.

While Lasith Malinga, who happens to be their highest wicket-taker, pulled out of this year’s IPL underway in UAE, James Pattinson joined as his replacement.

Disclaimer: All the facts and numbers about Mumbai Indians Players Salary are based on the analysis, research and reports released by the BCCI and other trusted sources.