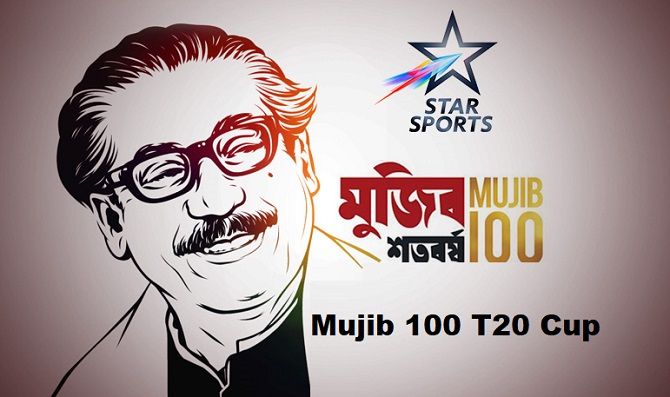 The Mujib Centenary T20 Cup Bangladesh 2022 is a forthcoming two-match Twenty20 International T20I series, hosted by the Bangladesh Cricket Board (BCB). The two matches will be played between the previously decided Asia XI and World XI teams in March 2022. It is to celebrate the 100th birth anniversary of the founder of Bangladesh, Sheikh Mujibur Rahman. Ahead of the Asia XI and World XI series, here’s all the detail you need to know like Mujib 100 T20 Cup schedule, squads, captains, live streaming and TV channel.

The two fixtures were granted full international status from the International Cricket Council (ICC). The Bangladesh Cricket Board named two tentative squads for the fixtures on 25th February 2022. No Players from Pakistan are included in the squad as the Pakistan Cricket Board didn’t allow any of their players to participate as they are occupied in the ongoing Pakistan Super League (PSL). Originally, the first Match of the series was scheduled for 18th March, but it clashed with India’s third One Day International (ODI) match against South Africa on the same day. However, in January 2022, the Bangladesh Cricket Board announced that that the first T20I match is rescheduled and will take place on 21 March 2022, therefore avoiding the clash with the India vs South Africa ODI match.

The squads of both the sides were announced on February 25.

Who will captain Asia XI and World XI?

The World XI side will be lead by former South Africa captain Faf du Plessis. If the Indian Captain, Virat Kohli plays he will lead the side or else Bangladesh player Mushfiqur Rahim will most probably captain the side.

The official broadcaster for The Mujib Centenary T20 Cup Bangladesh 2022 is Star Sports network. It will provide live coverage of both the matches in India as well as in other continental countries like Sri Lanka, Nepal, Afghanistan, Bangladesh, Bhutan, Maldives, and Pakistan.

The live streaming of Mujib 100 T20 Cup both the matches are available on Hotstar.com.