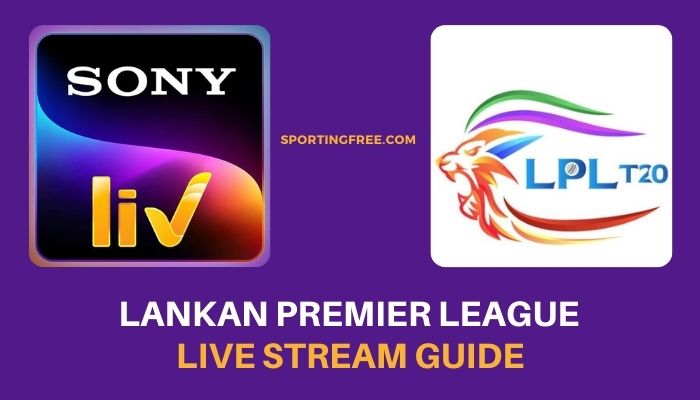 Sony Sports has acquired the broadcast rights of Lankan Premier League (LPL) T20 which begins on 27 November 2022. Sony Six & Sony Ten to live telecast the league in India while LPL live streaming is available on its digital platform SonyLIV. The LPL 2022 was earlier postponed due to the organising board’s delay in seeking the government’s approvals and broadcasting rights.

However, the league has been given the green light, and here is how you can watch Lankan Premier League 2022 live telecast T20 match anywhere in the world.

India is the biggest cricket worshipping nation and for any league’s success, getting attraction from the Indian audience is a must. Thus keeping that in mind Sony Pictures Network (SPN) have bagged the broadcast rights of the inaugural season for next 3 years who also holds the Sri Lanka Cricket rights.

Generally, any tournament or league gives their right to either of these 2 networks, but this is one rare occasion where the fans can tune into both the broadcasting channels.

SonyLIV which is the digital portal of Sony Pictures Network (SPN) has earned the right to broadcast the LPL live online. The annual subscription cost of SonyLIV is RS 999 while the users can go for monthly subscription option too.

Along with live cricket streaming, the users also get access to TV shows, movies, and content in Hindi, Telugu and Tamil.

Sky Sports has bought the broadcasting rights for the UK. The Australian fans can catch the LPL Twenty20 live action on Fox Sports.

The cricket fans in the US can enjoy Lankan Premier League live cricket on the Willow TV. Pakistani broadcaster GeoSuper to provide the coverage in the country. Here’s the list of LPL live streaming platforms for 2022 season.

The Sri Lankan sporting body has catered to every cricket fan around the world as the majority of territories broadcasting networks have earned the rights for the league. The list of the countries and LPL broadcasting TV channels are as follows.

The fans around the world won’t be left stranded searching for broadcasters or buying expensive subscriptions as the Lankan Premier League has kept a good note of it. Adding on, to further enjoy the League on smartphones there are reports that the Sri Lankan board will soon launch their mobile app which will have LPL live streaming, live scores, and fantasy league.

The release date of the app is yet to be announced as well as the announcement of the Lankan Premier League schedule is also awaited.