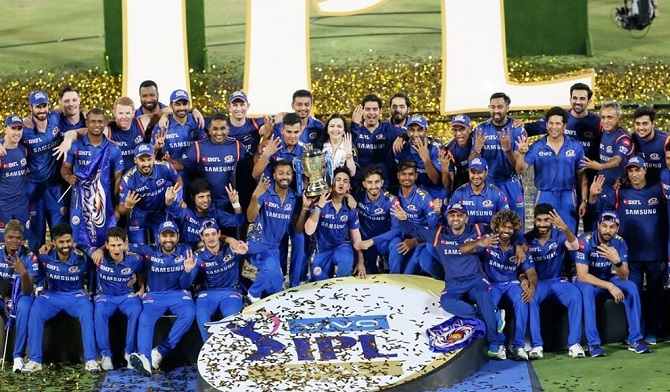 The Indian Premier League (IPL) 2022 season is all set conclude with the final match in Dubai. The last season was won by Mumbai Indians defeating CSK in the last over to emerge as the IPL winners for the fourth time. Check out the history of the biggest domestic cricket league in the world, IPL since 2008.

Since its inception, total thirteen teams have played in the Indian Premier League and out of those only six teams have won the title.

Indian Premier League or popularly known as IPL is a professional T20 cricket league in India. It is the biggest and most popular T20 cricket league in the world and was founded by the BBCCI in 2007. IPL is the most-attended cricket league and ranks sixth among all sports leagues in the world. As per Duff & Phelps, the estimated brand value of IPL was $4.16 billion in 2016. Let’s have a look at IPL winners list from 2008 to 2022 with the result, year and runner-ups teams.

Here are all the eight teams who will fight to become IPL 2018 winners.

Total eight teams play each year to become IPL champions and but only one team able to lift the shining trophy. Every team play against each other twice in a home-and-away round-robin format in the group stage of the competition.

Indian Premier League IPL total prize money is around $8 million and IPL winner got Rs 15 crore prize money and trophy. So far a total of six teams has emerged as IPL winners.

Mumbai Indians is the most successful team in the history of the IPL who won it four times while Chennai Super Kings got 3 times and Kolkata Knight Riders have become the IPL winners twice. Rajasthan Royals, Sunrises Hyderabad and Deccan Chargers have won once so far. Mumbai Indians are the current IPL champions having won the 2017 season against RPS.