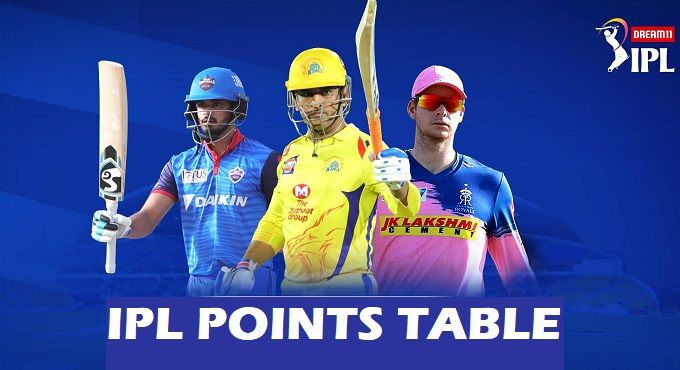 The 13th edition of Dream11 Indian Premier League (IPL 2022) begins on September 19 in the UAE.Mumbai alreay reach the playoffs while the three positions are still uncleared. All eight teams are playing in a double round-robin format to be in the top four teams of the IPL 2022 points table to qualify for the Playoffs.

There will be a 56 round-robin match and the top four teams on IPL 2022 points table are set to qualify for IPL 2022 playoffs.

On each win, the teams get 2 points while the loser gets no points. In the case, the match is abandoned both teams get a 1-1 point.

If the two teams ended the eague phase on the same points on the IPL points table then the position is decided based on the team’s Net Run rate (NRR).

The main aim of each team is to finish the league stage in the top four on the IPL 2022 points table and qualify for the playoffs.