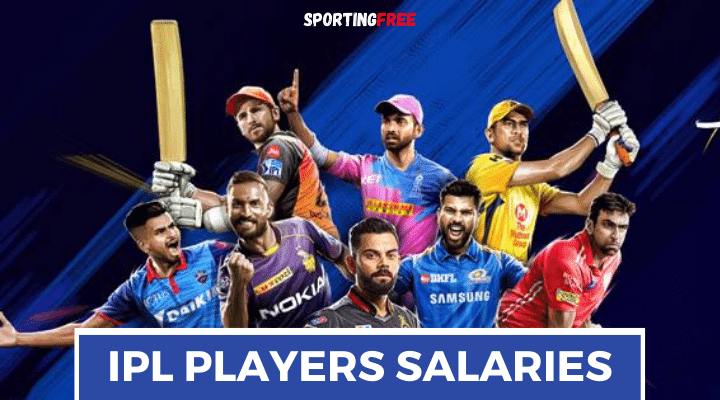 The (IPL) Indian Premier League is like a festival for cricket fans worldwide, especially for Indian Fans. The cash-rich T20 league features all the big names of T20 Cricket and is organized by the BCCI, which is the richest cricket board. The recent reports by the BCCI have revealed the IPL Players salary 2023 and their contracts.

IPL offers action and entertainment-packed experience to all cricket lovers across the world. Thus the players are heavily paid for entertaining the fans with their splendid performances on the pitch.

List of IPL players Salaries from each team from highest to lowest for 2023 season:

Who are the Highest-paid players in IPL 2023?

After his new contract with RCB signed in 2017, Virat Kohli is the highest paid IPL player surpassing M.S. Dhoni. Virat earns a lofty Rs. 17 crore per season of IPL.

Followed by South African cricketer Chris Morris who pocket Rs. 16 crore per season. CSK captain and referred by CSK fans as “Thalla” is the great M.S. Dhoni, who was retained by CSK and is paid Rs. 15 crores for every season he plays for the three-time champions. Mumbai Indians won the IPL last year, and their Skipper also is well paid by the franchise for winning them three trophies; Rohit Sharma also earns Rs. 15 crores.

Who is the Highest paid Overseas Player in IPL 2023?

The South African all rounderChris Morris is the highest paid overseas player in the IPL with Rs 16 crore’s annual salary. He plays for the Rajasthan Royals.

The 2023 IPL players salary have a fixed cap which is set by the BCCI to run the league fair and give equal opportunity to everyone.