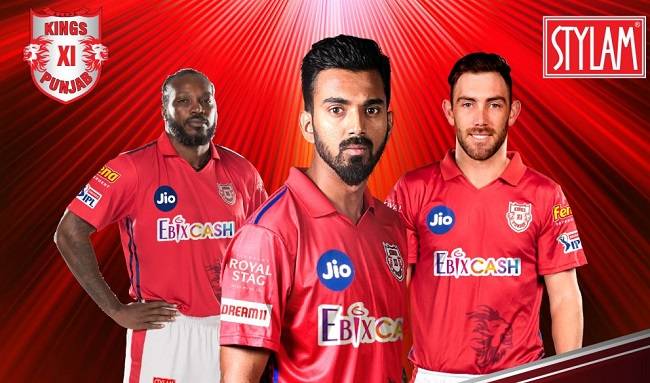 The Indian Premier League (IPL) is the most-watched and most popular cricket leagues in the world. Due to its huge viewership, the league players across the globe. The 14th season of India’s most exciting sports competition is just a couple of month away and today we talk about the evaluation of the IPL franchises. Let’s take a look IPL’s most valuable teams based on their brand values.

After several delays due to the Covid19 outbreak, the 2022 edition was hosted by UAE, between 19 September and 10 November 2022. Mumbai Indians defeated Delhi Capitals by 5 wickets to become IPL champions for the record 5th time. They finally broke their even-year curse, the heroics of Trent Boult, Rohit Sharma, and Hardik Pandya helped Mumbai defeat the Delhi side.

The 14th season of the IPL is just around the corner with the BCCI planning to organize the 2022 IPL under similar Bio-Bubble conditions in India. IPL 2022 dates have not been announced yet by BCCI Chief Sourav Ganguly, Meanwhile, here’s the list of the most valuable teams based on Duff & Phelps IPL Brand Valuation Report.

There wouldn’t be a doubt why Mumbai Indians are at the top of the IPL’s most valuable teams list, after winning their record 5th IPL Title in 2022 IPL. Apart from being the most successful IPL team, Mumbai Indians have been home to several Cricketing Superstars over the ages starting from the Great Sachin Tendulkar to Ricky Ponting, Lasith Malinga, Rohit Sharma, Jasprit Bumrah, and Hardik Pandya further increasing their brand value.

The franchise is owned by Reliance Industries, which is the biggest industry group in India at present. Mumbai Indians in 2017 became the first franchise to have crossed the $100 million mark in brand value among IPL franchises.

The brand value of Mumbai Indians is currently estimated to be around $115 million (about Rs. 809 crores), the highest of all IPL franchises for the fifth consecutive year.

Although Chennai Super Kings finished second last on the IPL 2022 points table, they have been the most consistent team in the history of the IPL. CSK has qualified for the playoffs every time they have competed in the IPL before last season.

That stat speaks volumes about their outstanding consistency at the top level, also winning 3 IPL trophies in 11 seasons.

They have had some great IPL stars in their squad, their Captain ‘Thala’ M.S.Dhoni who has a huge fan following, Suresh Raina and Dwayne Bravo.

KKR are consistent title contenders and have seen massive growth in their brand value, which is currently around $90 million (about Rs. 657 crores). Last year they had a very young squad compared to other teams, with the likes of Shubman Gill, Shivam Mavi, Nagarkotti, Nitish Rana.

Although they have several big guns in their ranks including England Captain Eoin Morgan, the Caribbean flair of Andre Russel and Sunil Narine, and the No.1 test bowler Pat Cummins.

RCB has been one of the most loved and followed teams in the IPl, all thanks to the modern Cricketing Icon and Indian Captain Virat Kohli. Kohli along with AB de Villiers and Chris Gayle have kept the IPL fans entertained over so many years at their high-scoring fortress Chinnaswamy.

They haven’t managed to win the IPL title yet, but have reached the Finals three times. Royal Challengers Bangalore has a very healthy brand value of $85 million (about Rs. 621 crores). The trophy under their belt will definitely boost RCB brand value in IPL.

Indian Captain and the Highest Run getter of the tournament, Virat Kohli is one of the major reasons for this brand value.

The Hyderabad-based team, Sunrisers which replaced the Deccan chargers in 2012, has quickly risen the ranks when it comes to brand value and performance. They won their first IPl trophy in 2016 which saw them gaining a lot of attention. etc.

Sunrisers have been very consistent over the past few years and qualified for the playoffs regularly. SRH has several overseas T20 stars like David Warner, Rashid Khan, Kane Williamson, Johnny Bairstow, Martin Guptill who have increased their brand value.

They are heading in the right direction as far as the production of revenue is concerned, they have a brand value of $69 million (about 504 crores).

Last season’s finalists, Delhi Capitals have had a low brand value for many years because of their disappointing performances in the previous seasons.

Although, with a stellar performance last year they have seen steady growth in their revenue, with a brand value of $53 million (about 387 crores).

With youngsters like Prithvi Shaw, Shreyas Iyer, and Rishabh Pant having great prospects, the future seems bright for the Delhi Capitals.

Due to the fact they don’t perform that well compared to the other IPL franchise, they don’t have much of a fan following outside their home Punjab. They have a decent brand value of $51 million (about 372 crores).

Rajasthan Royals led by Australian Shane Warne had won the inaugural IPL in 2008. The Franchise showed promising signs to build on their Championship triumph, with the likes of Rahul Dravid, Ajinkya Rahane, Ben Stokes, Jos Butler, and Steve Smith entering into the squad in the following years.

Sadly, this was not the case, their initial success deteriorated and in the last IPL season, Rajasthan Royals finished at the bottom of the table. They were one of the two teams who had got suspended for two seasons in the IPL due to spot-fixing allegations.

All this didn’t help the Rajsthan Royals to improve their brand value, and they currently rank the lowest in this list with a current value of $39 million ( about Rs. 284 crores).