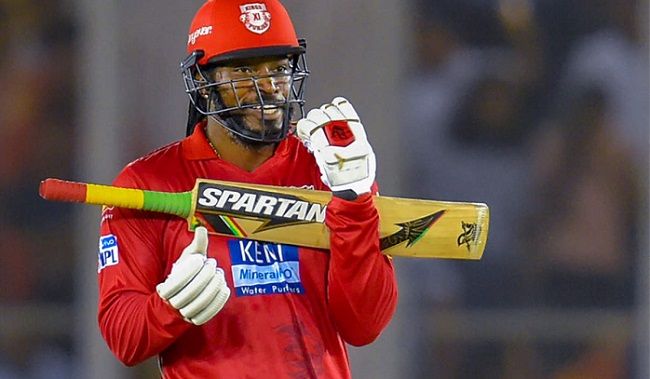 Most Sixes in IPL History: Get the list of batsmen with the most sixes in the tournament.

The reasons IPL is the most popular T20 league in the world is the entertainment provided by the players. In any format of cricket, the crowd loves to see four and sixes and IPL has witnessed many power hitter who has hit the ball out of the stadium. Chris Gayle has scored 326 sixes which is the most sixes in IPL history.

The world’s some bigger hitters who play in the IPL are Chris Gayle, David Warner, AB de Villiers and MS Dhoni. Here’s the list of highest sixes in the history of IPL.

Most Sixes in IPL History

Raina was signed by the Chennai Super Kings for the first three years of the tournament. Raina made significant contributions in the first edition of the tournament. Again in 2010 IPL, Raina’s consistent batting throughout the series won him applause and he became the all-time run-getter of the league. In the 2011 IPL too, Raina maintained his reputation as the leading run-scorer with 438 runs, again being the only player to cross 400 do so for all the seven seasons.

In 2012 IPL, he became Chennai’s leading run scorer, scoring 441 runs and on the course became the only player to score 400 runs in every IPL. He became the first player in the history of IPL to cross the mark of 2000 IPL runs. In 2013 IPL, he scored 548 runs at a healthy average of 42.15 and strike rate of 150.13. In 2016, Raina was signed by the Gujarat Lions after the suspension of CSK. He captained the team for the season, and remained consistent with batting, scoring 399 runs in 15 innings.

Rohit Sharma is one of the most successful players in IPL.Sharma was signed up by the Deccan Chargers franchise in 2008. He was one of the leading run scorers in the 2008 IPL season with 404 runs at an average of 36.72.

He became only one of the captains who won the IPL trophy twice. He also became the second player after Yusuf Pathan to be a part of the playing XI that won the IPL title three times: once with the Deccan Chargers and twice as the skipper of the Mumbai Indians.

The former Indian Cricket Team Captain is contracted by the Indian Premier League franchise CSK. Dhoni was the highest run-getter for his team for many seasons and led the team three IPL trophies.

The superman from South Africa has been one of the most successful players in the IPL and a crowd favourite everywhere he goes. He started the IPL in 2008 when he was picked up by the Delhi Daredevils but in that season he just scored 95 runs with an average of 19. But he played brilliantly in the 2009 season where he scored 465 runs with a staggering average of 51.66, scoring a century.

In 2011, he was picked up by The Royal Challengers Bangalore and became an instant match winner as he scored with humongous strike rate of 161.11 and 164.38 in the successive seasons. He was instrumental in RCB reaching the final of the 2017 season along with his Captain Virat Kohli.

The man from Jamaica started his IPL with the Kolkata Knight Riders and played for them in the first three seasons but didn’t have much success. In 2011, after being left out of the initial part of the West Indies T20 and one-day home series against Pakistan, Gayle opted to join the Royal Challengers Bangalore in the fourth edition of the Indian Premier League.

In his debut game against his previous team Kolkata Knight Riders in their home ground, he scored 102 off 55 balls, hitting 10 fours and 7 sixes.

In a match against Kochi Tuskers Kerala, he scored 37 runs in one over, which included 3 sixes, 3 fours and a no ball that was hit for a six. Although many people cite him as having hit the over for 37, one run was awarded as an extra due to the no ball. He can therefore be said to have hit 36 off an over that went for 37.

Gayle won the Orange Cap Award for scoring the most runs in the tournament amassing 608 runs in 12 matches. He was instrumental in many victories for the Royal Challengers Bangalore and received five Man of the Match awards and also the Player of the Tournament award for his performances.

In the 2012 IPL season, Gayle hit the most sixes (59) and was nominated for the orange cap for making 733 in 14 matches. Gayle started off his 2013 IPL season scoring 92 not out from 58 balls, hitting 11 fours and four sixes against the Mumbai Indians.

On 23 April 2013 during an IPL match against Pune Warriors India, Gayle broke multiple scoring records. With an individual score of 175 not out off 66 balls and a century reached in 30 balls, Gayle set records for the fastest century reached in any format of cricket, the highest individual score in a T20 match, and the most sixes scored in a single innings in the IPL.