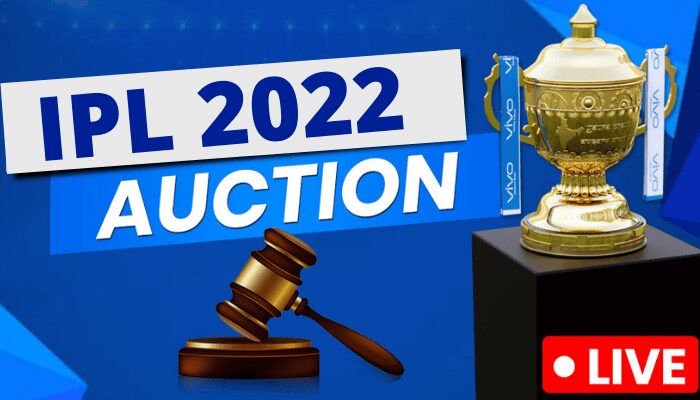 The Mega auction for the Indian Premier League (IPL) 2022 season will take place next year after the second phase of IPL 2022 is finished in the UAE. Initially, the IPL 2022 mega auction was originally set before the 2022 edition, but the mega auction was postponed for a year due to the COVID-19 epidemic.

Here’s everything you need to know about the cash-rich league’s biggest auction, such as IPL 2022 mega auction date, time, location, rules, format and new teams.

When and Where is IPL 2022 Mega Auction?

The teams traditionally have 3 players and 2 RTM cards available to the auction. However, if you already maintain 3 Indian caped players before the auction, they will not utilize RTM on any capped Indian player.

This time though, with two new teams, the teams are likely to keep 4 players, i.e. 2 Indians +2 from abroad or 3 Indians + 1 from abroad, so that the two new teams are not unfair. These are just guesses, and only when an official update is available will things be clarified up.

The Indian Premier League 2022 auction will see two new teams, Ahmedabad will have one of the new franchises, while the second is rumoured to be Kanpur or Lucknow.

The team size may also be adjusted for each franchise. The squad limit is 25 players with at least 18 players.

With two new teams, the BCCI is also likely to increase the purse of the franchise from 85 crores to 90 crores, i.e., an additional 5 crores would be added to the budget of each franchise.

The number of games will grow markedly with the addition of two more clubs. With 10 teams will be split into two equal groups. All the 5 teams in a group will be playing twice against each other, which will make at 74 match tournament including playoffs.

The IPL would be having 94 games if they proceed via the existing format, and it will simply not be possible to have that long window in the present jam-packed international schedule.