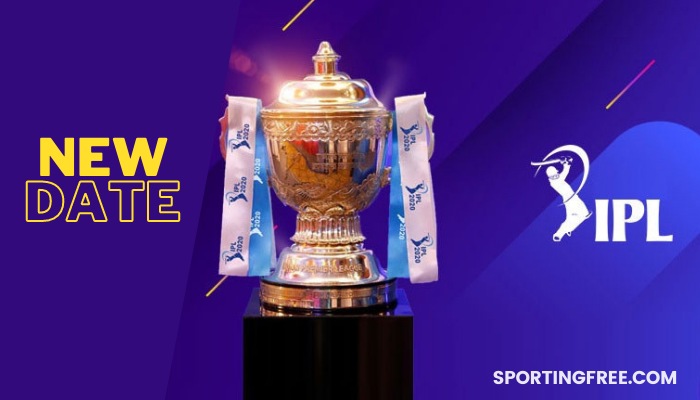 IPL 2023 New Schedule Confirmed: The League to be held in Sep-Oct in UAE

IPL 2023 Phase 2: BCCI made their decision regarding the IPL 2023 new schedule, matches will be played from September 15.

The remaining IPL 2023 matches will be held in the UAE from September 15 to October 15 before the start of the ICC T20 World Cup 2023. According to reports, the BCCI currently negotiating with the English Board to reduce the duration of India vs England 2023 cricket series before finalizing the IPL 2023 new schedule. The Indian T20 league has one month window to play the remaining matches in the UAE.

The 14th edition of IPL, the Vivo IPL 2023 commenced on 9th April despite fears of rising COVID cases in India. Teams had to adhere to a strict bio bubble atmosphere which somewhat assisted in the smooth functioning of the tournament. Just when everyone thought IPL 2023 will be completed on schedule, matters became worse. Finally, BCCI Postponed IPL 2023 indefinitely after several players tested positive for COVID-19. Now the biggest question is when will IPL 2023 restart or resume? What is IPL 2023 new schedule, date and location?

On May 2, Kolkata Knight Riders informed that their 2 players have tested positive for coronavirus. This announcement led to postponing the match between KKR and RCB.

The next day, Chennai Super Kings announced that their bowling coach, CEO and bus cleaner tested positive. This announcement raised further alarms and concerns for the players, the organizing committee and BCCI.

When another 2 players from two different teams, Sunrisers Hyderabad and Delhi Capitals tested positive, BCCI and the Governing Body of IPL called an emergency meeting and consequently released a decision that IPL is postponed until further notice and the health, wellbeing and safety of all the players, coaches, support staff was of utmost importance.

Concerns over the conduction of the tournament were present ever since the beginning. Players like Axar Patel, Anrich Nortje of Delhi Capitals, Devdutt Padikkal and Daniel Sams of RCB had tested positive just as IPL was scheduled to begin.

Further, many foreign players had pulled out of the tournament because of the fear of the rising cases. Indian spinner R. Ashwin and umpires Nitin Menon and Paul Rifle left the competition midway to be with their families.

As far as the future of IPL is concerned, BCCI has postponed IPL 2023 and not cancelled it yet.

The BCCI will finalize the IPL 2023 Phase 2 schedule in the Special General Meeting (SGM) that is set to take place on May 29. As per reports, IPL 2023 new timetable will begin on September 15 and will conclude on October 15 with the final match in the UAE.

There is a high possibility that the Indian Premier League 2023 might be rescheduled and shifted to just one venue for the entire remaining season. Mumbai was considered as the option as it has three different venues but the rising cases of COVID-19 pandemic make it difficult for the BCCI.

The tournament has been postponed and would be conducted after a few months. There is no confirmation about the IPL 2023 new date but If reports are to be believed, BCCI might conduct India’s T20 league after the conclusion of the India tour of England 2023 schedule.

The tournament could be shifted to the new host venue such as UAE as early as September 2023 and IPL 2023 new schedule might begin from mid-September. But it’s not easy to find a slot in the jam-packed international calendar, T20 world cup 2023 and Asia cup 2023 are all set to be played this year.