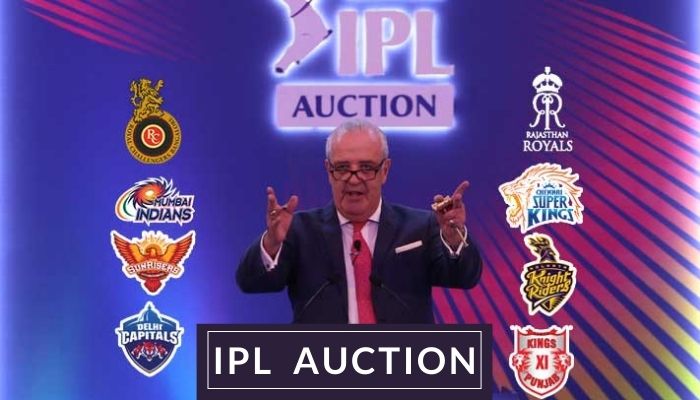 IPL 2022 Auction: Here Is Everything About The IPL Auction

BCCI recently conducted and concluded the 13th season of IPL in UAE. What seemed to be a big challenge went pretty smooth, but lies ahead a bigger challenge, yes it’s the IPL 2022 auction that will see all the cricketers go under the hammer. As per BCCI reports IPL 2022 will be conducted in March which is just 4 months from now and will be most probably held in India.

But before we proceed to the next edition of the cash-rich league, there were reports that BCCI to conduct IPL 2022 mega auction. Thus here is everything you must know about the IPL auction 2022.

BCCI has reported to the franchises that the ten-team mega auction will be taken for 2022 and this year the only mini-auction will be held. The 2022 IPL auction will take place during the 2nd week of February 2022.

The reports are doing the round that BCCI’s Annual general meeting (AGM) will take place in December 2022 where they will take certain major decisions for the upcoming edition and the mega auction is one of them. However, it is also stated that IPL might be expanded as the next edition can see 1 or 2 new teams joining the league.

Ahmedabad City is the team that is most likely to join IPL and Goenka group is most likely to be the owner for the franchise. The interesting fact to note is that BCCI is more likely to conduct a mega auction only if the league is expanded, in case the tournament isn’t expanded then there might be no mega auction this year due to a shortage of time.

There are talks of other major changes this year, such as the expansion of foreign players from 4 to 5. There is an argument going on that if teams are expanded then the quality of players will decline in a team, thus to retain that quality of a team, the limit of the foreign players in a team will be increased.

For those wondering what’s a difference between an auction and mega-auction, then the mega auction is the auction when all the players are put under the hammer.

A team can retain only 3 players and they can retain 2 more players using right-to-match (option). While the mag-auction was supposed to be held earlier this year but courtesy COVID-19, the mega auction is now delayed till December this year.

While there can be major changes to the salary cap, foreign players after the AGM in December, but the franchises are divided over the mega-auction.

Where teams like CSK, RCB are in support and dire need of mega-auction to build a good team but on the other hand teams like Mumbai Indians, and Delhi Capitals who have built a strong core are opposing the move in the risk of losing their core team.

Full List of Released and Retained players for IPL 2022

Expensive Player In Each IPL Auction

Note: The date, venue and time of IPL 2022 auction are subject to change as per BCCI and IPL governing council, all the information will be updated here once it officially confirmed.