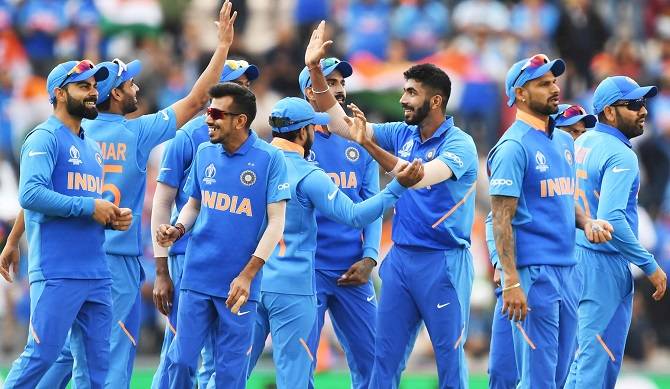 Cricket is one of the most famous sports in the world and has fans across the entire world. It is also one of the most lucrative sports as many cricketers make the list of top-paid athletes of the world. The flow of money has increased in the last decade and most cricket players earning massive icome through the central contracts, T20 leagues and endorsements. Based on research, here we present the international cricketers salary and every team’s highest-paid player.

From experienced to newbies, every cricketer has an opportunity to earn big and all thanks to T20 leagues and investment by the companies. We have ranked the teams according to the salary paid by their respective boards.

Afghanistan Cricket Team has displayed growth like no other team; Within a few years, the team has jumped up the ladder off ICC ranking and has overtaken Zimbabwe for a spot in the top 10 teams. The talent of Afghanistani players is finally being recognized as they are getting exposures in the top leagues all over the world.

The Afghanistan Cricket Board is still a young board on the path of developments. It pays its players on a monthly basis. Monthly salaries for these cricketers range from $400 to $700. Senior players and the Captain earn more than other players and the squad earns about $105,000 i.e., around INR 72.82 lakh per year.

The Bangladesh Cricket Board (BCB) has a central contract system for paying the players. According to the contracts, their players are divided into four different categories- A+, A, B, and Rookie. Categories of Grade C and Grade D were also present previously but now it is discarded and the players falling into this category are collectively included in the Rookie category.

The New Zealand Cricket (NZC) pays out 25 % of their total revenue to pay player salaries. The amount paid to every player is fixed and is dependent on the forms of cricket he plays. The test fee for players is $8495, The fee for ODI is $3682 and the fee for T20 $2407.

The players also have a retainer fee. The captain earns extra captain fees. The total salary earned by the team amounts to $2,625,000 i.e., around INR 18.72 crores.

South African Cricket board contract their players on a yearly basis. The total salary earned by the entire team is $3,650,000 i.e., around INR 25.32 crores.

Cricket Australia gives the same amount of money as a salary to all its players. The captains earn more than the other players. All the players have a separate retainer fee but their match fees for all three formats of cricket is the same for all the players.

Virat, Rohit and Bumrah have been included in the A+ central contract, check the Indian cricketer’s salary.

The England Cricket Board (ECB) ranks its players according to their performances, off-field contributions, fielding and fitness standards England Gives the players a contract on the basis of a White ball contract, a Central test contract and an Increment Contract.

The players are given contracts on a yearly basis. The English cricket Board pays the highest salary to their international crcketers. The total amount given as salary is €9,950,000 i.e., INR 78.31 crores

Disclaimer: The figures mentioned above about the International cricketers salary have been taken based on our research and information available on the internet and the actual numbers may vary.