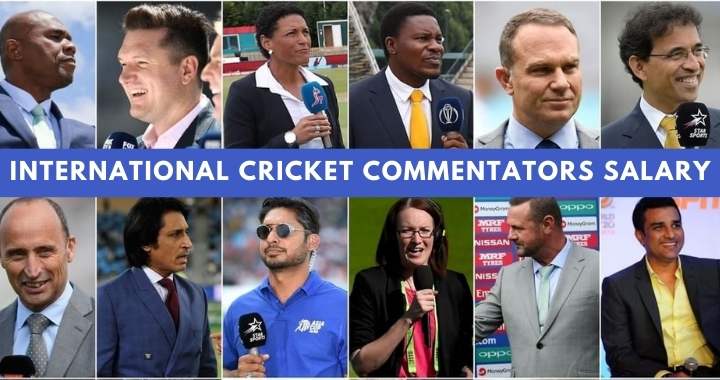 International commentators’ salary is dependent on the number of hours and days they work. These cricket commentators are paid well for their outstanding efforts to entertain the viewers. They are paid on a per-match basis or per-series basis and have a substantial annual salary.

Commentary over the years has become a massive tool for connecting sports to television and radio viewers. Some commentators have made a name among fans like Harsha Bhogle also called ” the voice of cricket,” does beautiful commentary.

Indian Commentators are paid the highest salary among all the international commentators because of India’s wealthy cricket board BCCI. They receive around $2,500 per game with an annual salary of $500,000 to $1 million.

So far, about $50,000 has been paid for a full season. Due to the shortage of live matches and the consequent drop in the number of working hours, cricket commentators are being paid on a pro-rated basis.

Commentators and commentaries are a vital part of a cricket match, imagine watching an action-packed movie without any sound effects and dialogues. Hold that thought, that’s what cricket is without commentary.

The commentators, however, explain the match ball by ball. The amount of money invested in commentators across all professional sports indicates that millions of people watching the sport on television worldwide find their viewing experience improved.

Disclaimer: The above facts and figures about the cricket commentators Salary are based on the analysis, research and reports released by the ICC (International Cricket Council) and BCCI (Board of control for cricket in India).