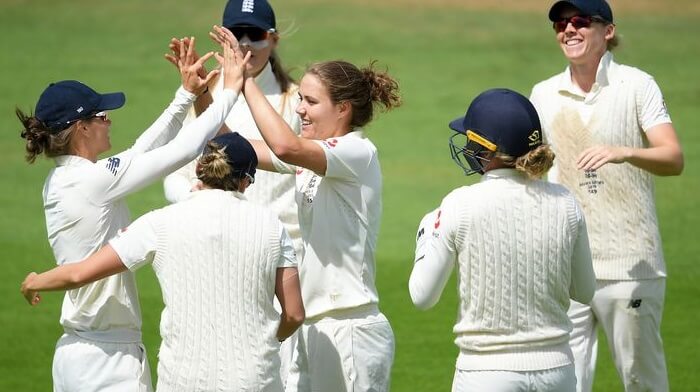 India Women’s Tour of England 2022: live stream, schedule, Squads, telecast, and everything you need to know

England Women vs India Women Live Streaming: How and Where to Watch IND vs ENG Live Telecast and Broadcast?

Indian Women’s team battling against England in the ODI and T20 after a Test match drawn. India women’s cricket team is looking confident and strong to play the ODI and T20 series against the English Women team over a month. Mithali Raj & Co. played the Test match for the first time after 7 years on January 16, 2022. Watch the cricket action, India women vs England women live streaming on SonyLIV from 3:30 PM IST and ENGW vs INDW live telecast on Sony Six, Sony Six HD.

The one-off Test to be played from June 16, followed by the 3-match ODI series from June 27 and then the T20 series from July 9 in England and Wales. While men’s cricket also scheduled, India vs New Zealand ICC World Test Championship (WTC) final is set in England before the tour of Sri Lanka in July 2022.

Indian women’s cricket team will visit England for a month-long tour which includes a one-off test match, Three ODIs and three T20Is. The tour begins with the test match on 16 June 2022 and ends on 15 July 2022.

The Indian eves will play a test match after a long gap of 7 years. The one-off test match between India and England will be played from 16 June to 19 June 2022. The test match will be held at the Count ground in Bristol.

After the one off test match, Indian women will play a three match ODI series against England.

Indian Women’s team will conclude their tour of England with a T20i series. The 3rd T20I will be the final match of the tour.

Sony Sports Network has the English cricket rights in India and the Test match will be broadcasted on Sony Six and Sony Six HD. The ODI series will between India Women vs England Women live telecast on Sony Ten1.

Online cricket fans in India can catch the live streaming of India Women vs England Women cricket matches on SonyLIV’s app and website through the paid subscription. The app is available on iOS, Android and smart TVs.

Sky Sports will broadcast and telecast the ENGW vs INDW series live in the UK.