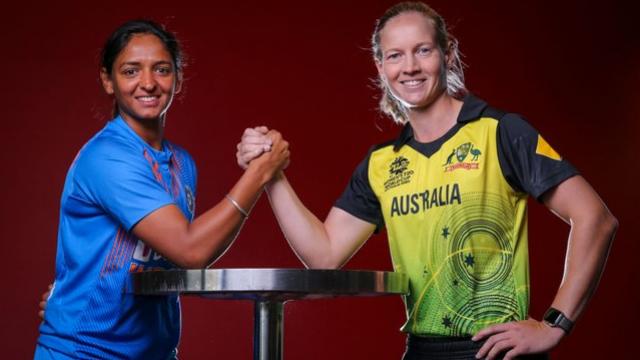 ICC is currently facing a lot of criticism for not keeping reserve days for the ICC Women’s T20 World Cup Semifinals. As the first semi-final on Thursday was abandoned without a ball being bowled due to heavy rain in Sydney. India eventually qualified for the final by the virtue of finishing as Group A toppers. It will be India’s maiden final, It is also the first time India made it through to the knockout stage after a dominating performance in the group stage with four wins out of four games.

Destiny for sure has its own ways to restore balance as England’s fortunes in the last two world cups have been very contrasting. The ICC rules have governed the outcomes of England’ last two tournaments, won the Men’s World Cup 19 by 0 runs (ICC super over boundary count rule) and lost the ICC Women’s World T20 semi-final by 0 runs(semi-final washout and no reserve days). The second semi-final at the SCG in Sydney also was cut short due to heavy rain and reduced to 13 overs by the DLS method. Australian Skipper Meg Lanning led from the front scoring 49 runs and took two stunning catches during the South Africa chase of 98 in 13 overs. South Africa gave it their all but fell short of playing a maiden final by just five runs, with Australia now just one win away from achieving a fifth Women’s T20 World Cup title.

India is dominating the side on their spin attack with likes of Poonam Yadav whereas Australia is stronger in their pace department with likes of Megan Schutt. However, the MCG track will be seamer-friendly due to the green grassy pitch and overhead conditions, while weather report shows the clouds will clear and it will be a sunny day let us hope for the best and expect a cracking final.

The Indian women team will be high on confidence and will be looking to achieve an unbeaten title-winning triumph, but the Australia they will be facing on Sunday is entirely different from the ones they faced in the group stage. After being stunned by India in the tournament opener, the Aussies have been completely relentless and ruthless, winning the next three matches in succession and proving why they are deemed as favourites to win the elusive trophy.

India will not have to change much of their strategy as they recently faced the hosts and beat them in the tournament opener, but surely they will look to not do the same mistakes as they did in the recently concluded tri-series won by Australia.

While Australia has to do something about Poonam Yadav’s spin magic as she had upset them with a brilliant performance of 4/19 during the last time, both sides faced each other. They will focus on replicating the plans they had against India during the Tri-series tournament.

The current World No.1 T20I batswoman Shafali Verma is just getter better with each game. Scoring 161 runs in four matches with a batting average of 40.25, the 16-year-old is on the fourth position in the list of leading run-getters in the competition. She is one of the main reasons India has performed well, always providing explosive starts for India while batting.

The Australian Wicket Keeper batswoman and opening partner Beth Mooney are in the form of their life scoring 161 runs and 181 runs in 5 innings respectively are the mainstay of the Australian batting line up. they have score two fifties each in the tournament and leading in the top run-getters chart at fourth and third positions respectively. If Australia go on to win the final, it will because of either one of their heroics in the final so surely select at least one of them as captain or vice-captain.